Keep Our St Helier Hospital campaigners take to the streets of London! 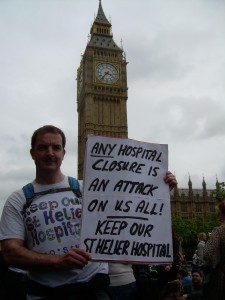 The anti-austerity march in Central London was huge. Estimates of the number of people marching were as high as 200,000 in the media. Amongst these people, there was a high number of NHS campaigners.

KOSHH campaigners, Brian Hennessy, Saleh Mamon and myself represented our campaign. We took turns holding up the KOSHH banner throughout the march. We were able to link up with other NHS campaigners, such as the Lambeth Keep Our NHS Public group. During the march, prominent campaigner and editor of NHS SOS, Dr Jacky Davis took my photo.

When I arrived at Parliament Square, I saw a fire engine. Sure enough, Steve, who let us use the fire engine for a protest in Sutton last year, was at the wheel. He sent his regards to all KOSHH campaigners and gave me his number in case we want to use the fire engine in future actions.

The rally had high profile speakers, including: Charlotte Church, Owen Jones, Caroline Lucas, Jeremy Corbyn and Russell Brand. At the finale, the crowd was encouraged to go into their communities to continue working hard and spreading the word.

Here are some more photos from the march. 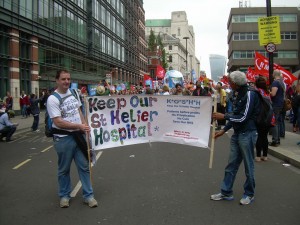 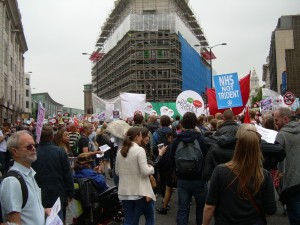 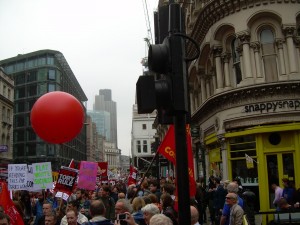 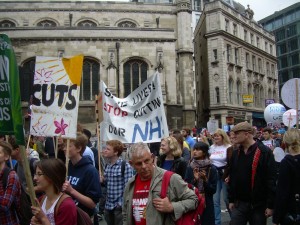 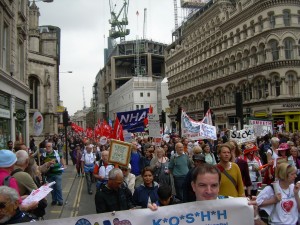 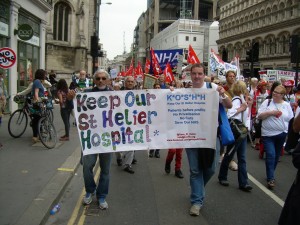 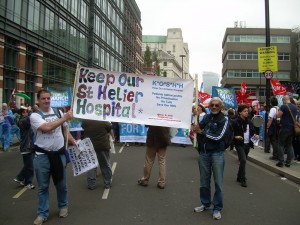 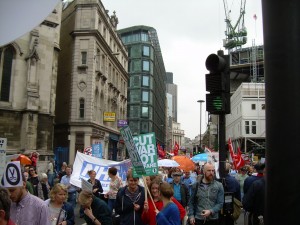 On Wednesday July 8, there will be a further protest against an emergency budget from George Osborne - that is sure to bring more worrying news for our health services. Click here for more information.