In the midst of the worst global pandemic in living memory, and when England is suffering one of the highest Covid-19 death rates in the world, NHS Managers in South West London and Surrey have announced their decision to downgrade two of our existing Major Acute Hospitals - Epsom hospital in Surrey and St Helier hospital in South West London would lose ALL of their Acute Services.

If implemented, this cut to acute care capacity would lead to an increase in the already unacceptable level of excess deaths.

On 3rd July 2020 a virtual “Improving Healthcare Together” Committees-In-Common meeting rubber stamped their decision to downgrade both Epsom Hospital and St Helier Hospital by removing all acute services.

This would mean the removal of A&E, Intensive Care, Emergency Medicine, Emergency Surgery, Maternity, Paediatrics (including the closure of the separate Queen Mary’s Hospital for Children), Coronary Care and Cancer Care from both hospitals.

For the video of that meeting and to read the statements submitted to the committee by KOSHH / KOEH and others, see:

In place of the two existing Major Acute Hospitals, they propose a single, much smaller, and more distant facility, with many fewer beds and fewer Consultant Doctors. It would be sited in the heart of the Royal Marsden Hospital in Sutton with some shared facilities.

This would mean that, in any future pandemic or epidemic there would only be Intensive Care beds for the sickest, most infectious patients in the single acute facility – which would be part of a specialist Cancer Hospital having many patients with severely suppressed immune systems.

This is medical madness.

The Royal Marsden Hospital in Sutton currently has no intensive care facilities and clearly needs them, but providing them should not be achieved by removing acute services from where they are needed at Epsom and St Helier Hospitals. 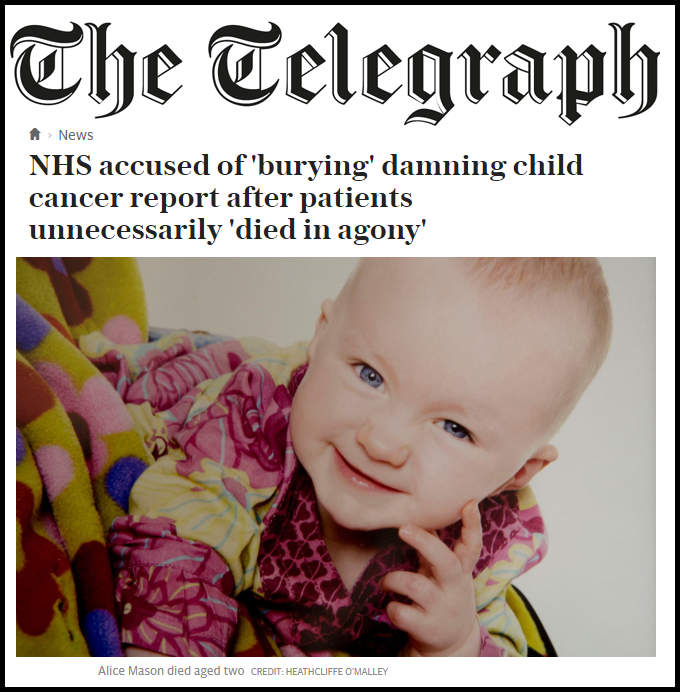 The general public in the area should not lose acute care from both of our existing hospitals which stand in the centre of the communities they were built to serve.

Many stakeholders have expressed fears that this whole plan is to facilitate more private income for The Royal Marsden, a hospital that is likely to exceed the legal 49% limit of private income for an NHS hospital. They have said that "To go beyond £100m [of private patient income], we envisage an appropriately separated private model”, suggesting that they might leave the NHS altogether if increasing private income makes that necessary or attractive. 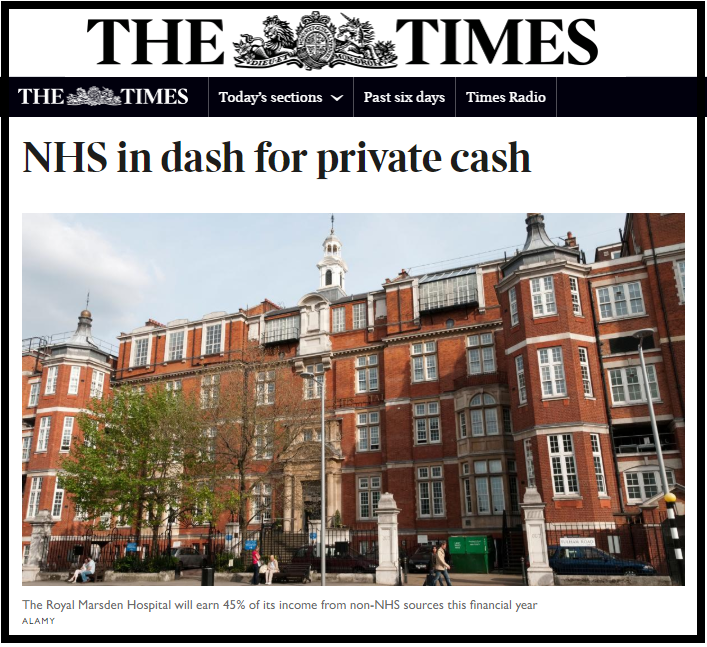 The plan is only to allow patient access via ambulance or GP referral. This, added to the frequent transfer of care, would put huge additional pressure on the already overstretched ambulance service.

Sutton is the wealthiest part of the catchment area and this moves acute care further away from the elderly of Epsom and the most deprived areas in East Merton and Carshalton.

The proposed relocation to Sutton would mean longer journey times for most people in Emergencies.

Longer journey times to A&Es have increased the risk of harm and death in other areas where such closures have occurred. See BMJ paper here: https://emj.bmj.com/content/24/9/665.short

The closure of two A&E units would have a significant effect on the performance of all A&E, Intensive care and Maternity departments in the surviving hospitals (including: Croydon University Hospital , Kingston Hospital and St Georges Hospital in Tooting), as this report on the impact of closures and downgrades in NHS North West London shows:
https://chpi.org.uk/wp-content/uploads/2017/04/DrSandhu_AE-closures-NW-London_CHPI_FINAL_19Apr.pdf

The IHT plan envisages significant cuts in bed numbers, despite a rapidly growing population, and considerable cuts in the number of Consultant doctors and other medical staff.

Great Britain already has fewer beds and fewer doctors per 1,000 population than almost all other developed countries:

50% of NHS beds have been cut in the last 30 years and 17,000 in the last 10 years. The number of doctors in the UK per thousand people is similarly shamefully low.

At the start of the Covid pandemic Germany had 29 Critical Care beds per 100,000, whereas we had just 6.6 Critical Care beds per 100,000 - about a fifth of the number available in Germany. This, in part, explains why England has one of the highest number of deaths-per-capita in the entire world. We have had over 65,000 excess deaths during this period. 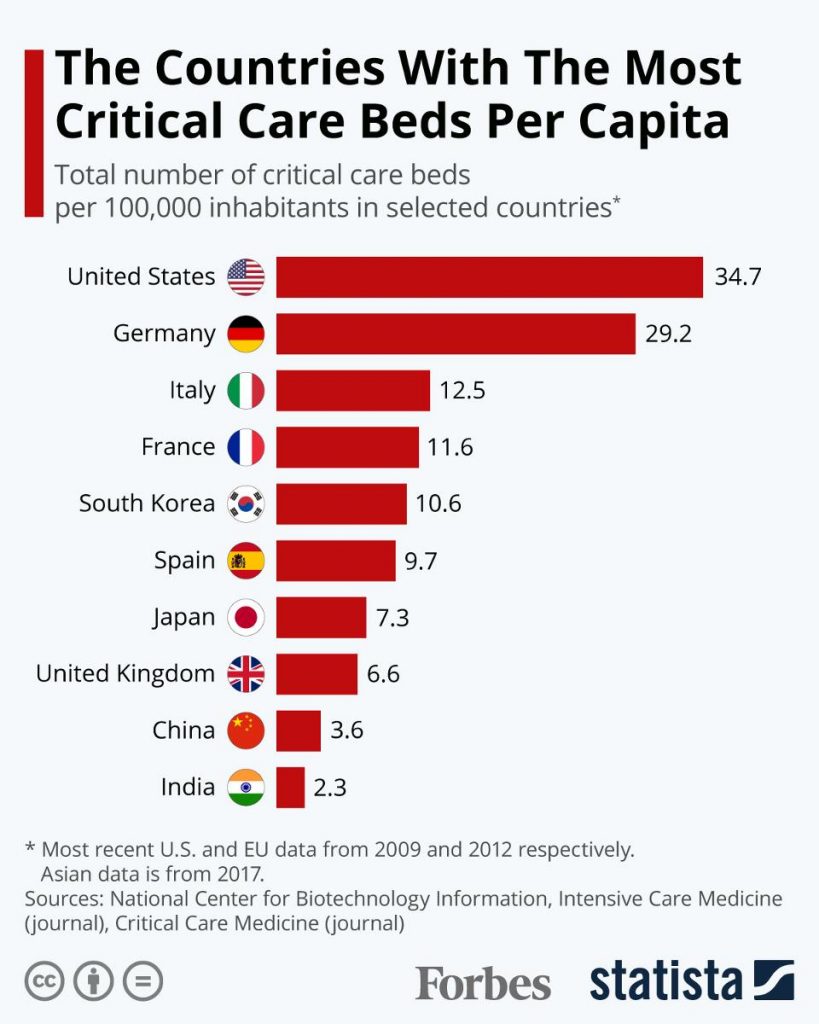 Even before the advent of Covid19, the NHS was in crisis, recording the worst A&E wait times since records began, month after month. The Royal College of Emergency Medicine have said that such cuts and closure plans are potentially catastrophic. The BMA, NHS England and others said we need more hospital beds not fewer and that cuts to bed provision have gone too far. 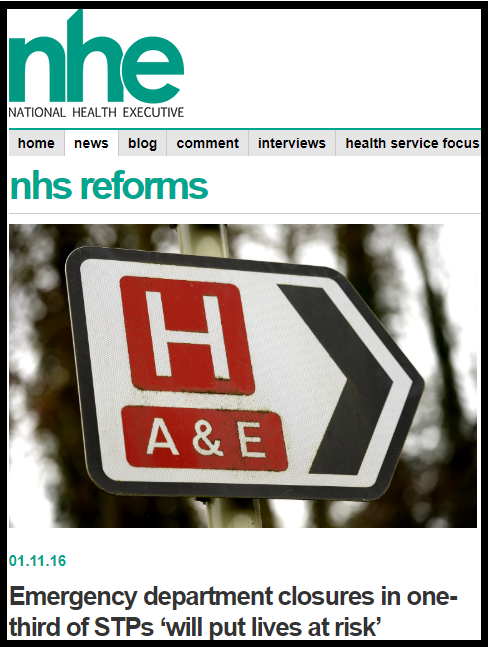 The Epsom & St Helier University Hospitals NHS Trust has recently sold over 20% of Epsom Hospital land and buildings for luxury housing, at a knock down price. They have plans to sell even more land for housing at both sites when the acute services are removed. This removes irreplaceable NHS assets from future use when demand inevitably increases.

This IHT plan is not about “Improving Healthcare” for anyone. It is about reducing NHS provision and easing the process of privatising our NHS. Similar cuts in NHS spending as part of “Sustainability and Transformation Plans” (STP) are causing hospital closures, reconfigurations and downgrades all across England.

Local Authorities have a duty to “protect and improve the health of the population” and they have the right to reject these plans and “refer them back to the Sec of State for Health and Social Care”. When the dust settles after the Covid-19 crisis, and questions are asked about how our health system coped and was managed, the public would not look kindly on Politicians who found themselves on the wrong side of history.

We ask everyone who lives in South West London and Surrey to write to their MP, and crucially to their Local Authority, and demand that they reject these reckless and dangerous plans.

And we also ask people to sign the https://koshh.org/petiton

Attempts to close or downgrade Epsom and St Helier have been resisted by campaigners for decades. We have beaten them before and we will do so again.

The fight goes on.