The Cheam Charter Fair happened today (14/05/2016) and KOSHH campaigners were there to deliver leaflets and speak with the people about the threats faced by St Helier, Queen Mary's, and Epsom hospitals.

One group of people who seemed to be very interested were the Mayor (Cllr Muhammad Sadiq) and Mayoress of Sutton, and former Mayor, Cllr Arthur Hookway: 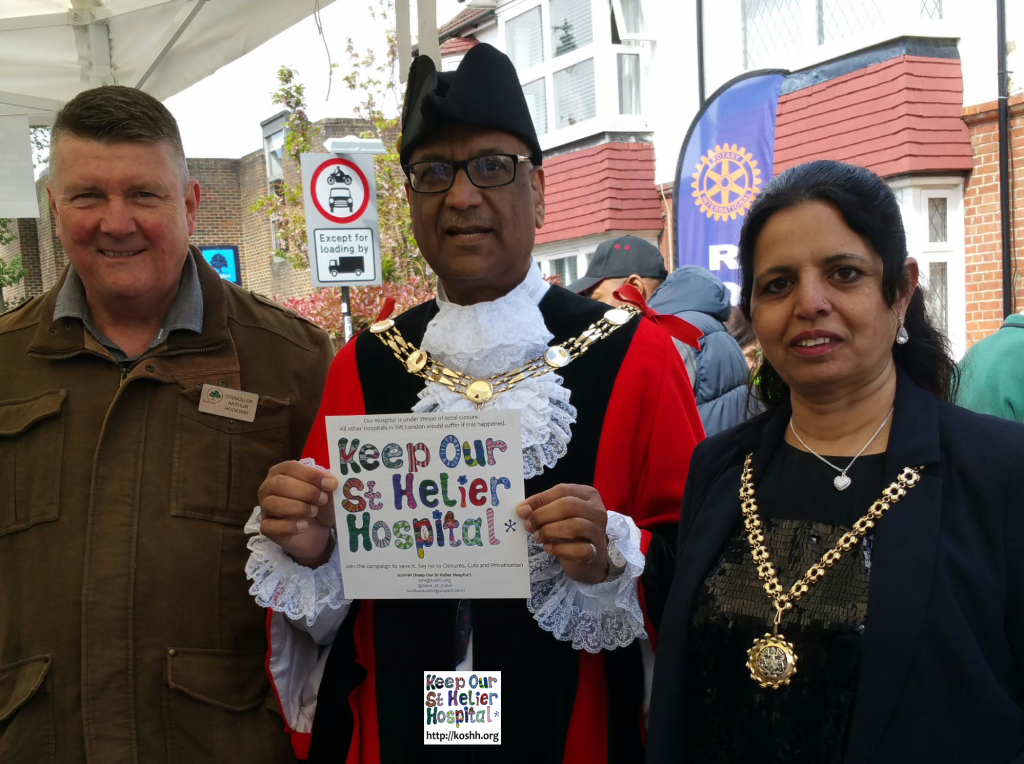 The Mayor of Sutton, Cllr. Muhammad Sadiq proudly posing with a KOSHH window sign, alongside the Mayoress and Cllr. Arthur Hookway

Representing the Rotary Club at the Cheam Charter Fair today was Councillor Mary Burstow. Mary Burstow is the wife of former MP for Sutton and Cheam, Paul Burstow, and crucially since the 22nd of February 2012, she has been the chair of the South West London Joint Health Overview and Scrutiny Committee.

As this region happens to coincide with the forthcoming Sustainability and Transformation Plan (STP) "footprint" of South West London, the Joint Health Overview and Scrutiny Committee will doubtless be charged with the very important role of overseeing the process of submitting the STP for our area.

A KOSHH campaigner offered her one of out pretty “Keep Our St Helier Hospital” window signs, which she appeared grateful to receive, but then:

“Who wants to keep that grotty old building anyway!”