If you have already heard of the Transatlantic Trade and Investment Partnership, or TTIP, well done - this enormous deal between the USA and the EU has been veiled in secrecy, and the mainstream media have done very little to inform the public about it.

The TTIP, if passed as it stands, would be the most damaging assault on this country for generations and yet, when asked about it, most politicians seem to be broadly in favour of it.

Friend and supporter of KOSHH, Dr Lucy Reynolds appeared on RT's Sputnik programme to discuss some of the dangers posed by the TTIP, especially how it endangers our NHS and could make NHS privatisation irreversible.

Can't we just exempt the NHS?

KOSHH are firmly against TTIP in it's entirety. Many well informed campaigners have already pointed out that a so called "exemption" for the NHS in the TTIP is unworkable and almost certainly impossible. The entities which fall into the remit of the TTIP are not based on a declaration, they are based on whether or not the private sector is able to make a profit in that service. In essence, any public service which has an element of private provision within it, is included.

For this and countless other reasons, the NHS must be renationalised, and all elements of private provision removed - now.

In any case, we feel that a trade deal which forces the rest of our public services to be thrown open to the mercy of the private sector is a very bad thing. As it stands, the TTIP would force our refuse collection, our water supply, and even our schools to be put out to tender to both the EU and the USA permanently, and any future government who chose to re-nationalise these services would find themselves unable to do so. The TTIP affects so much more than the NHS.

What is the position of political parties on the TTIP?

At present, it appears that the official position of the Conservative party and the Labour party, is to support the TTIP.

Shadow Chancellor John McDonnell has already expressed his views on the TTIP. We look forward to the official Labour Party position on the TTIP changing very soon.

As mentioned above, you will find very little coverage on the TTIP on mainstream media. A search on the BBC website for "TTIP" for example, yields a number of items about antiques, but nothing about the Transatlantic Trade and Investment Partnership (see screenshot below). Even less well covered, but arguably a more imminent threat is posed by another similar deal called CETA (Comprehensive Economic and Trade Agreement). 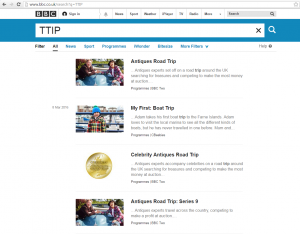 ISDS - the end of democracy?

The most serious facet of TTIP is a provision called Investor State Dispute Settlement (ISDS).  It gives corporations’ desire to maximise profits the power to trump national governments’ power to serve the best interests of their nation. Under ISDS, courts are setup outside of any national jurisdiction, proceedings are conducted in secret and there is no right of appeal against judgements. Similar arrangements are, for example, being used by Philip Morris Tobacco to sue the Australian Government for introducing plain packaging of cigarettes because it could affect the corporation's profits. The most sinister aspect of ISDS is that the possibility of being sued will deter governments from protecting or improving essential services, employment regulations and public health standards. ISDS spells the end of democracy itself.

We believe that everyone deserves to know more about the TTIP and CETA deals, but we are unlikely to be told much by the mainstream media. Please take a look at the following pages for more detail.

War on Want - What is TTIP

Stop TTIP - What is the problem with TTIP and CETA