Actor, and star of channel 4 comedy drama, The Green Wing which was set in a fictional hospital, but filmed largely in Northwick Park Hospital, Stephen Mangan has said that he, and some of his co-stars will be attending and supporting the junior doctors strike on the 6th of April 2016. 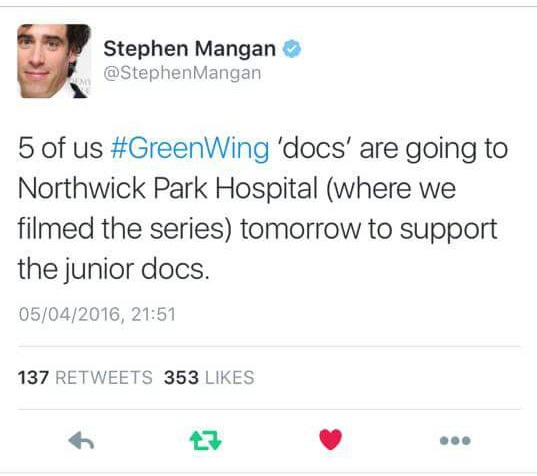 We salute you and your co-stars Mr Mangan.

Northwick Park Hospital has suffered badly thanks to a programme being carried out in North West London called "Shaping a Healthier Future", which has already seen the closure of a number of A&E departments and is likely to see many more.

This programme is "The biggest hospital programme in NHS history", as outlined in this report.

As other hospitals in the North West London Region have lost their A&E departments, patients have had to find alternative hospitals, and the extra demand has had an enormous impact on the surviving A&Es.

Northwick Park has missed it's 4 hour A&E target for a year, and this report says that the "Worst A&E waiting times (are) in London at Northwick Park and Ealing Hospital". The report goes on to mention the Shaping a Healthier Future programme's actions in closing the A&E units at Central Middlesex and Hammersmith hospitals, which are no doubt contributory factors in the performance of Northwick Park Hospital. The planned loss of the A&E at Charing Cross hospital and of the maternity unit at Ealing Hospital, will no doubt make matters even worse.

The person responsible for the Shaping a Healthier Future programme in North West London has now moved on from that role. His name is Daniel Elkeles, and he is now Chief Executive of the Epsom and St Helier trust.

On several occasions since his arrival at the Epsom & St Helier Trust, Mr Elkeles has boasted about the "great service changes" he was responsible for in North West London. Maybe those visiting Northwick Park Hospital can ask the staff whether they think plans to bring similar upheaval to South West London are likely to be beneficial to staff or patients.

As we never tire of saying, we at KOSHH wholeheartedly support the junior doctors in their industrial action. Their fight is our fight. 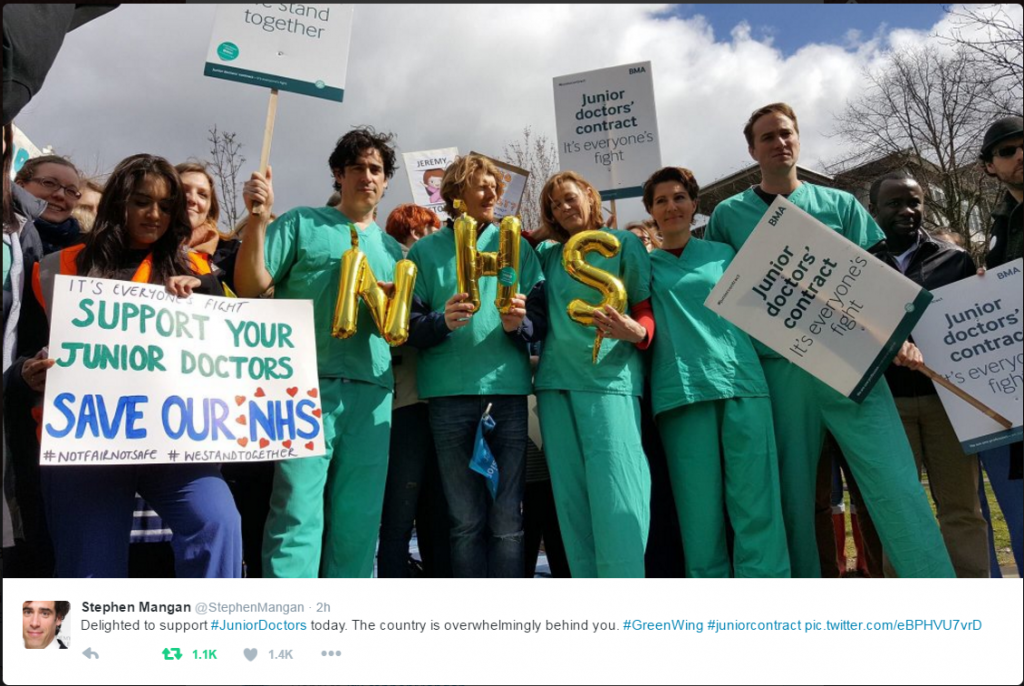