The business, now known as "Spire St Anthony's Hospital" wasn't always run by private provider Spire Healthcare. According to the website, It was originally founded long before the NHS existed, in 1904 by the "Daughters of the Cross" (a group of religious sisters within the Catholic Church).

Since the 1970's, St Anthony's has been a "Private" hospital, taking paying patients, but in 2012, a decision was taken by the Daughters of the Cross, to sell the hospital, but to retain the on-site hospice. Eventually, in 2014, it was announced that the hospital had been sold to Spire Healthcare. 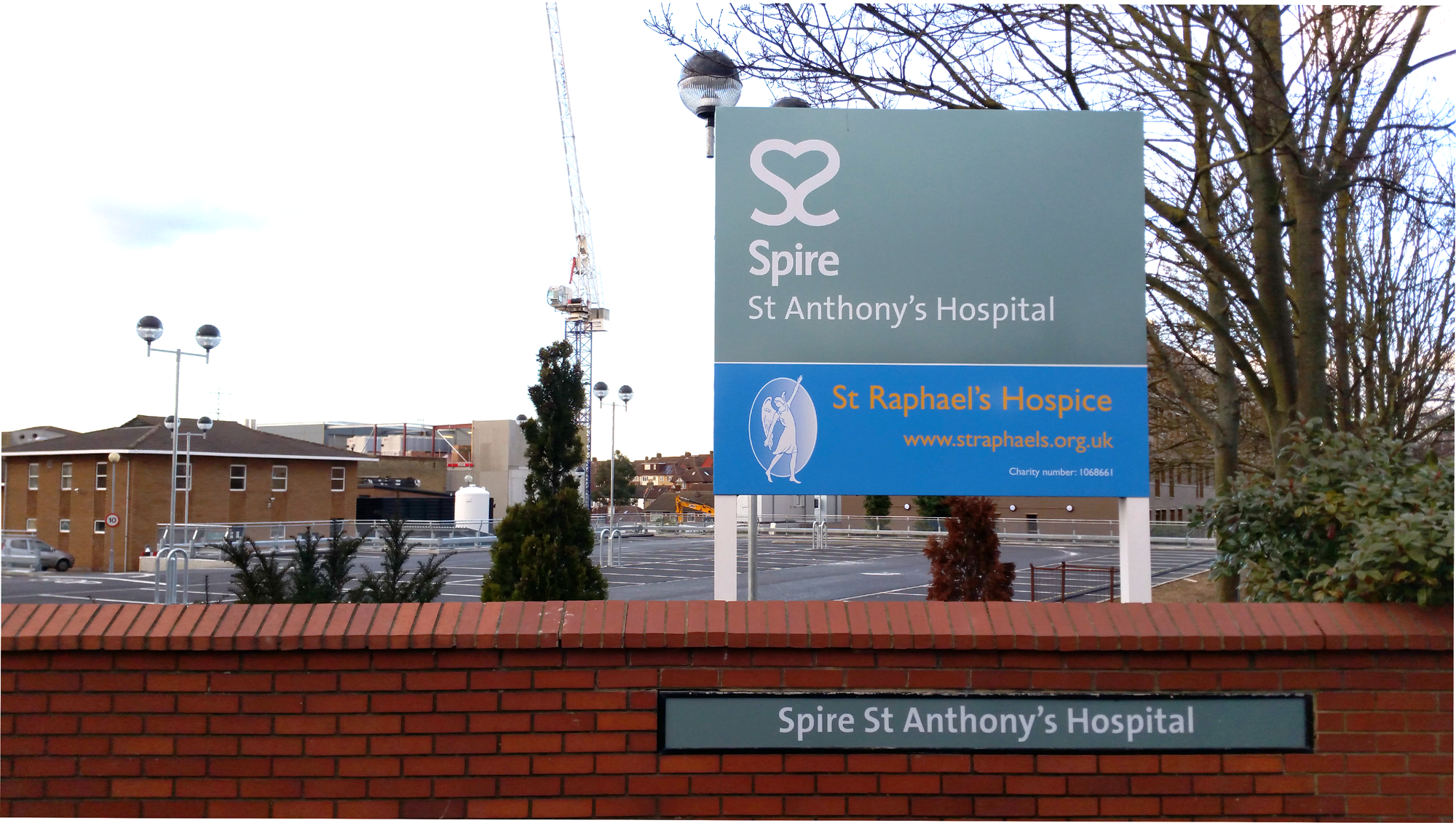 Entrance to Spire St Anthony's Hospital Feb 2016. A construction crane can be seen in the background.

18th February 2016 - The local Guardian ran a story, indicating that MP for the area, Paul Scully would be attending a "topping out" ceremony on the 26th of February 2016 at the hospital, to mark the completion of building works (see crane in photograph above). Read our post about this event by clicking here, or the picture below: 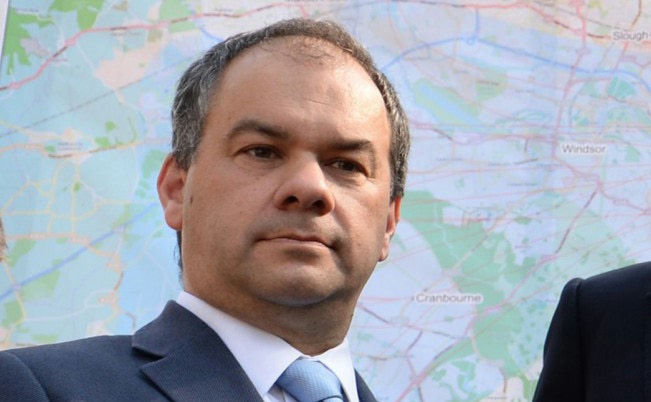 28th February 2016 - Some (8) interesting banners have for some weeks, been fixed to the railings of the hospital: 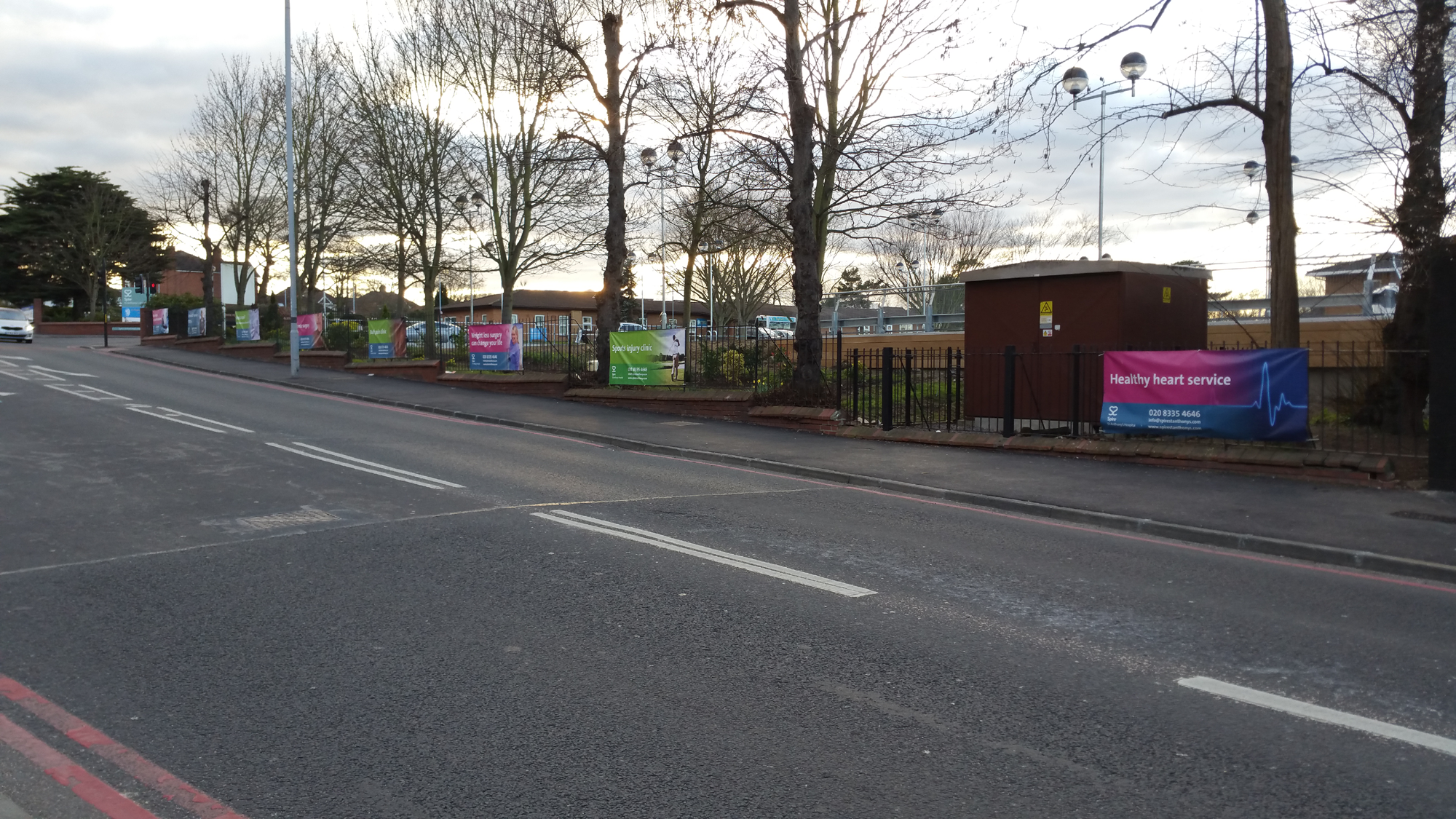 Difficult to miss these signs on the A24 London Road 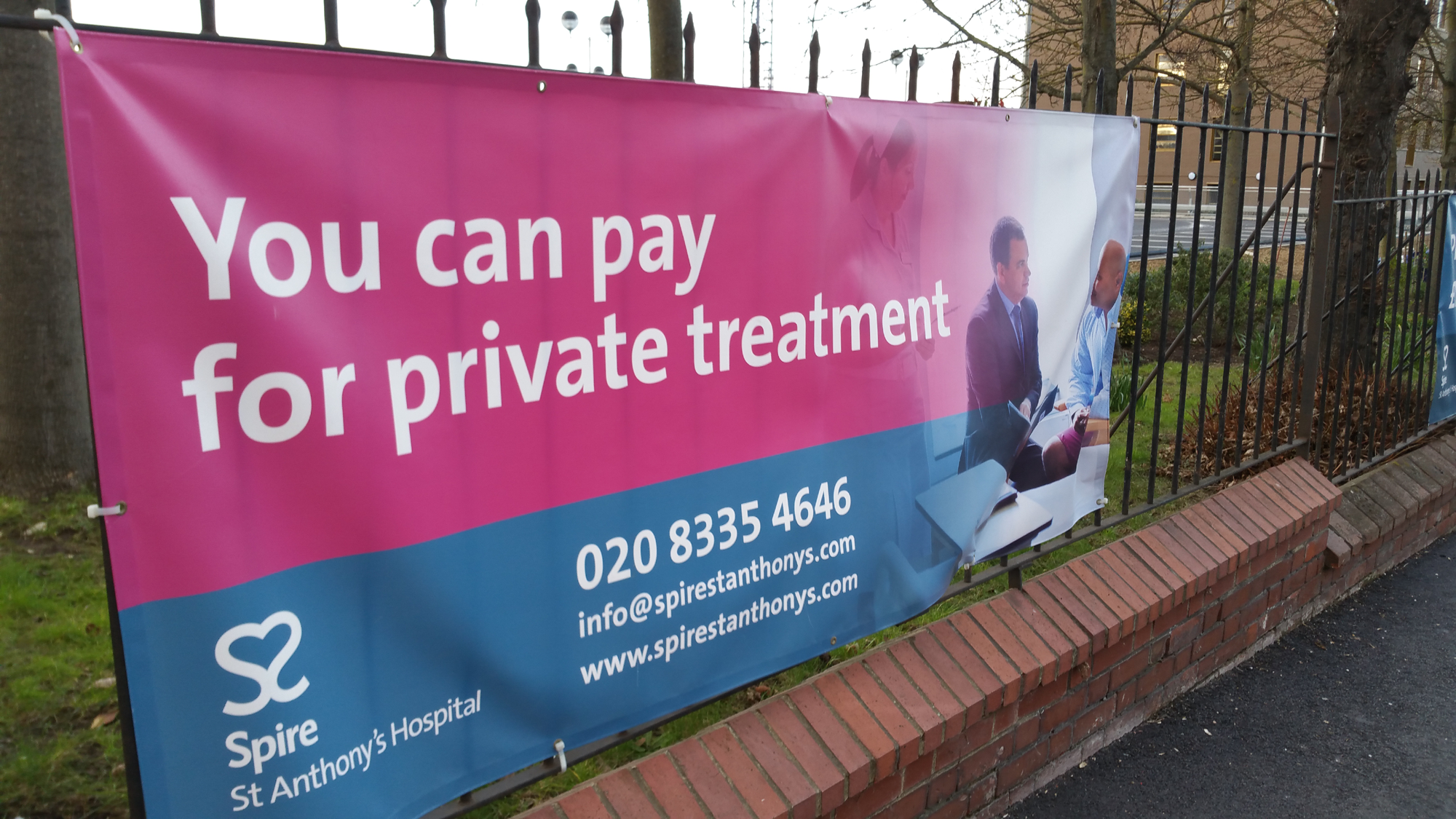 "You can pay for private treatment"

While some people reading this sign may have the disposable income required to be able to afford to pay for private treatment, it is by no means a given that all of us can. Thank goodness we have the NHS - for the moment at least. 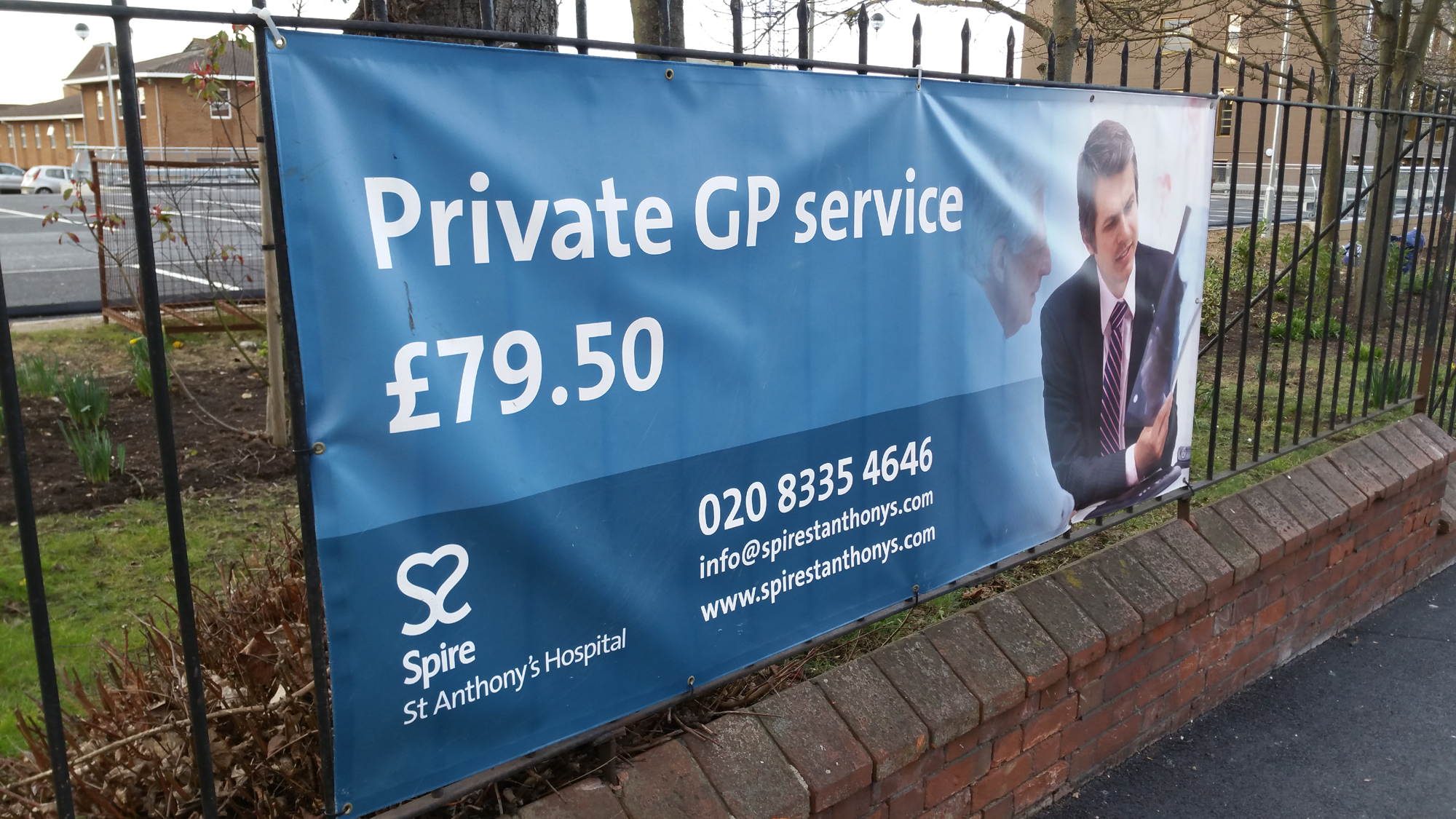 The sign doesn't make it clear whether this is for a single appointment - but we suspect it is. If this is the sort of price point that a visit to a GP costs now, when patients have the option to see an NHS GP for an entry fee of zero, one can't help but wonder how expensive it might be to see a GP once the NHS has been finished. 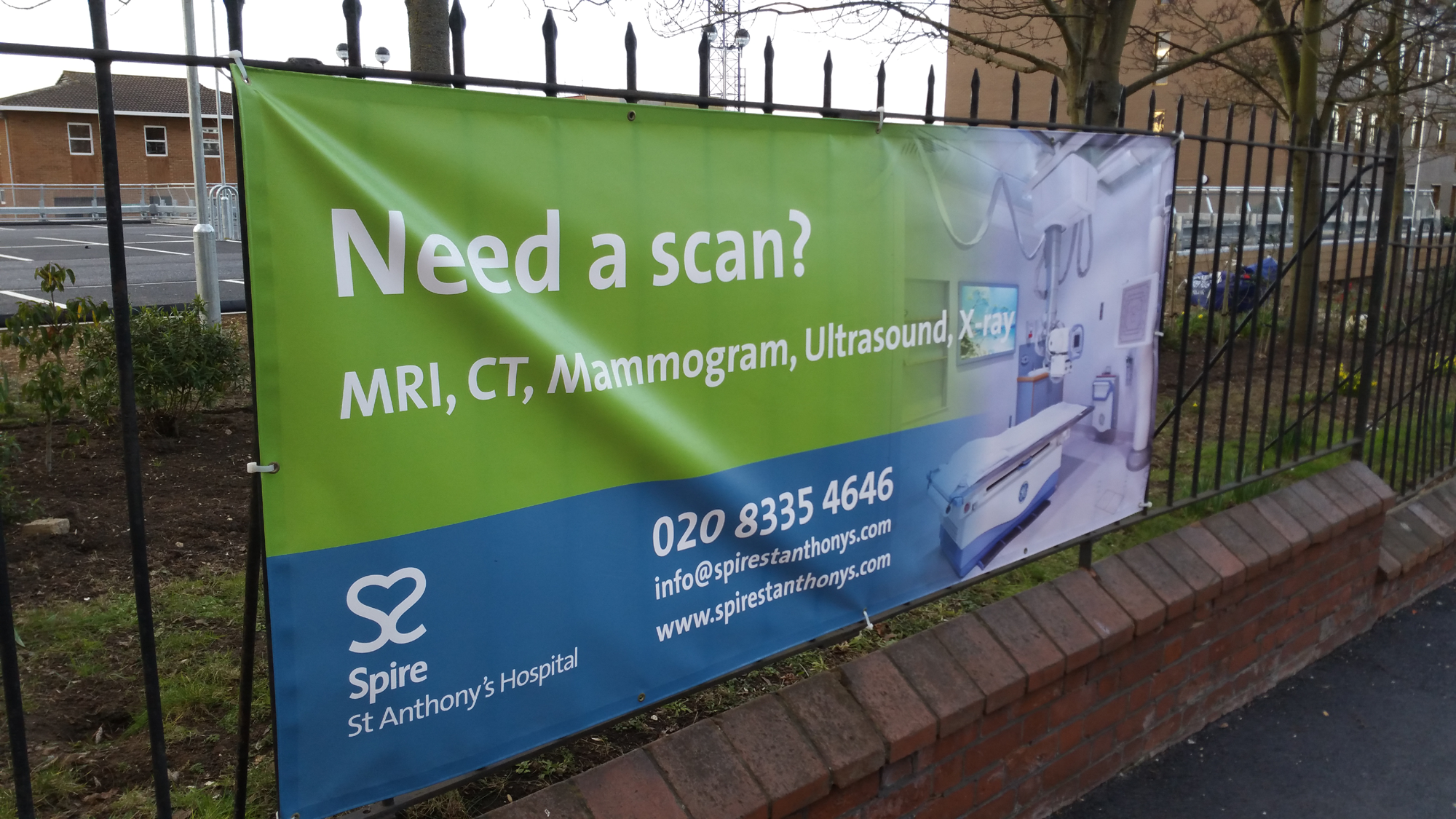 What a terrifying world this image suggests; Where a person would be driving past this sign, in need of any one of these services, and unable to obtain it because the NHS is gone. 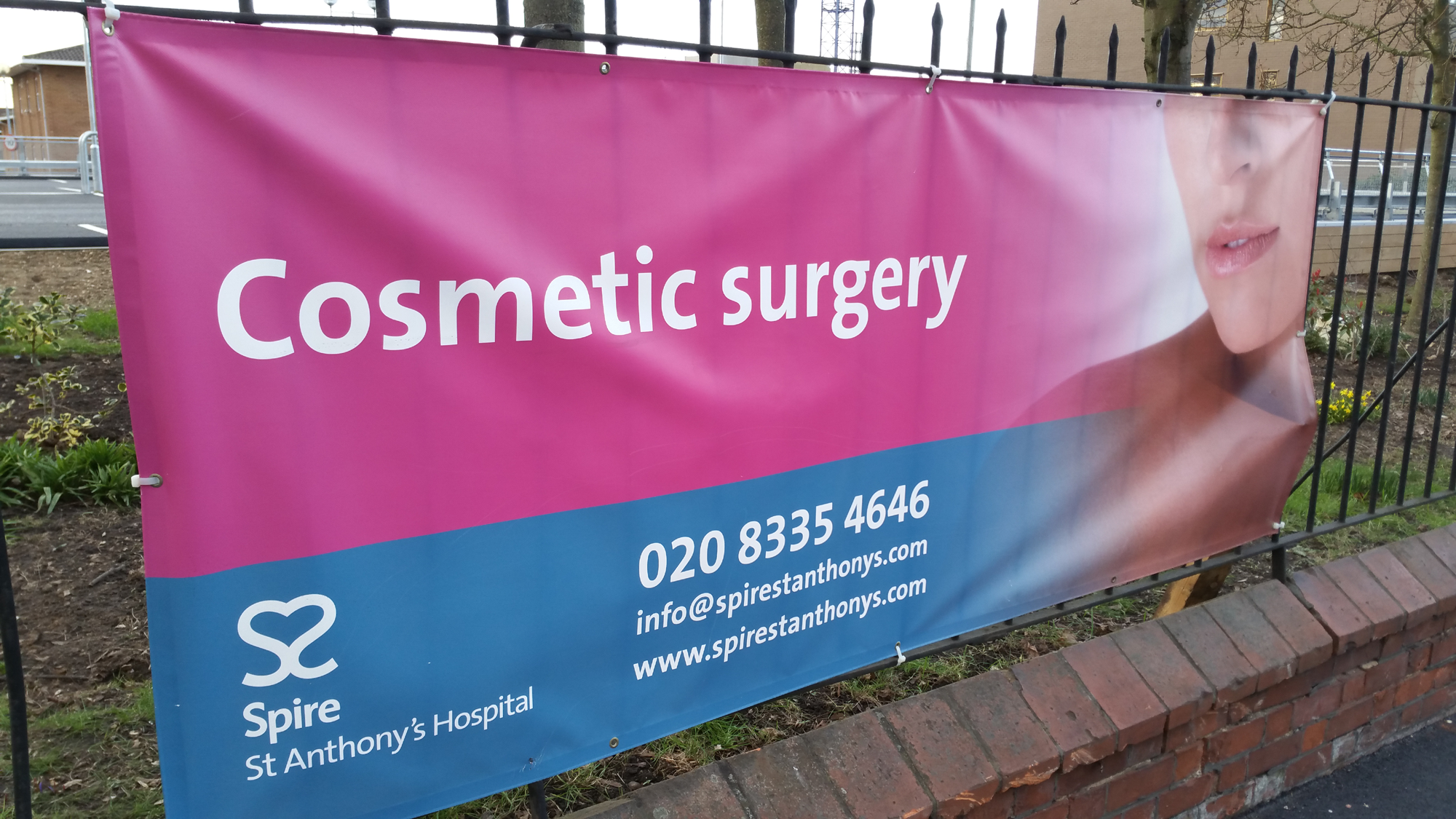 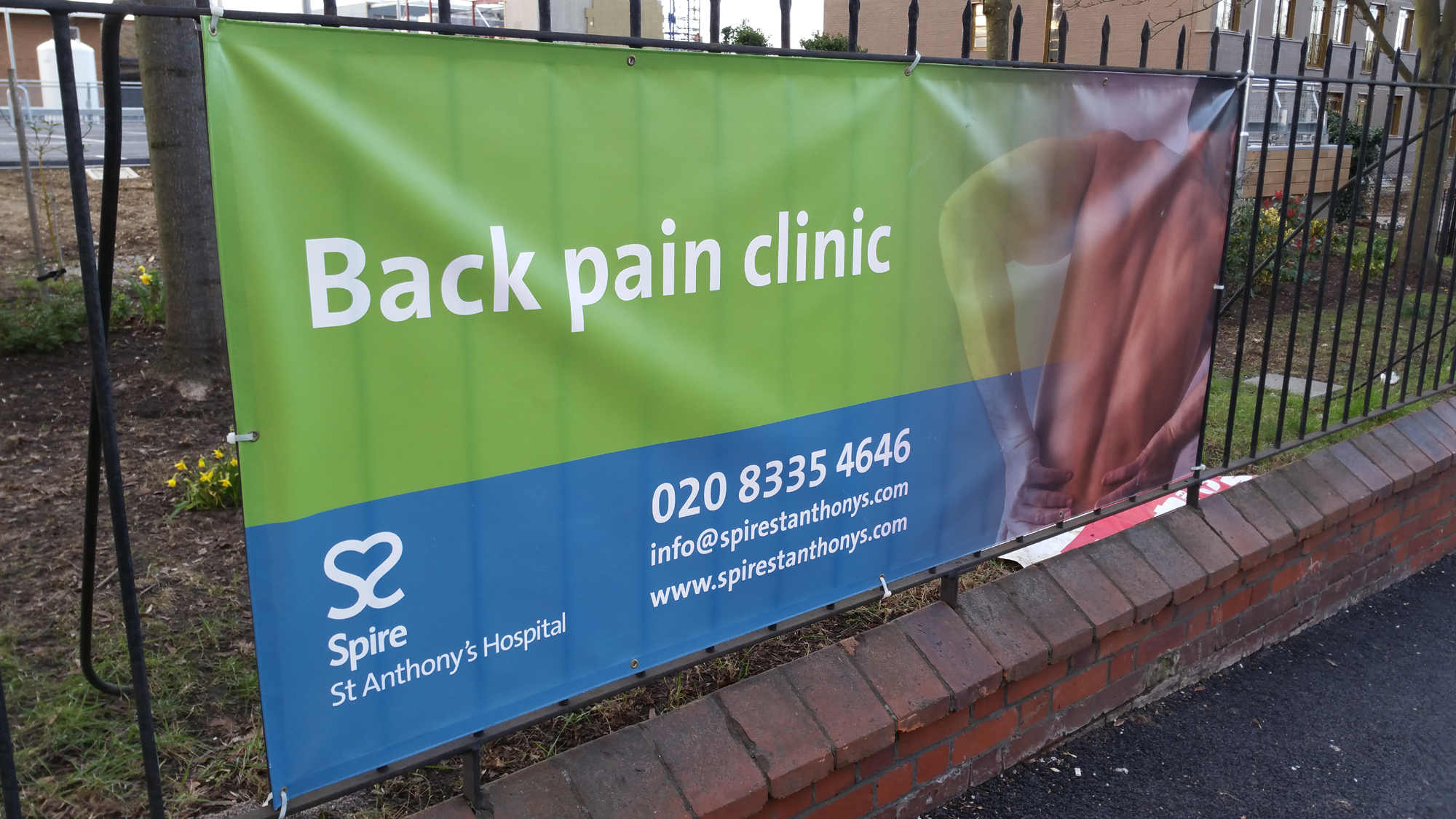 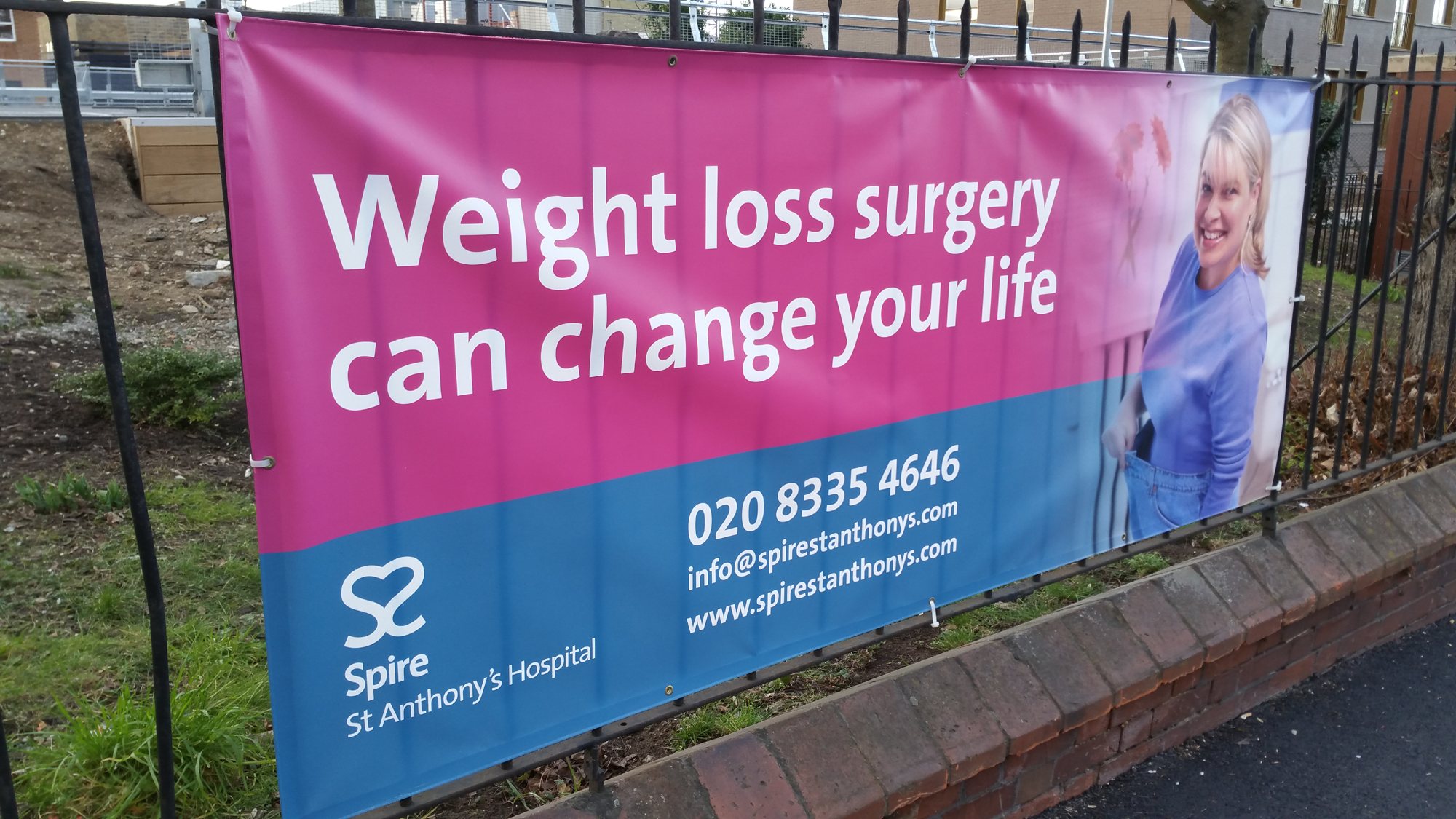 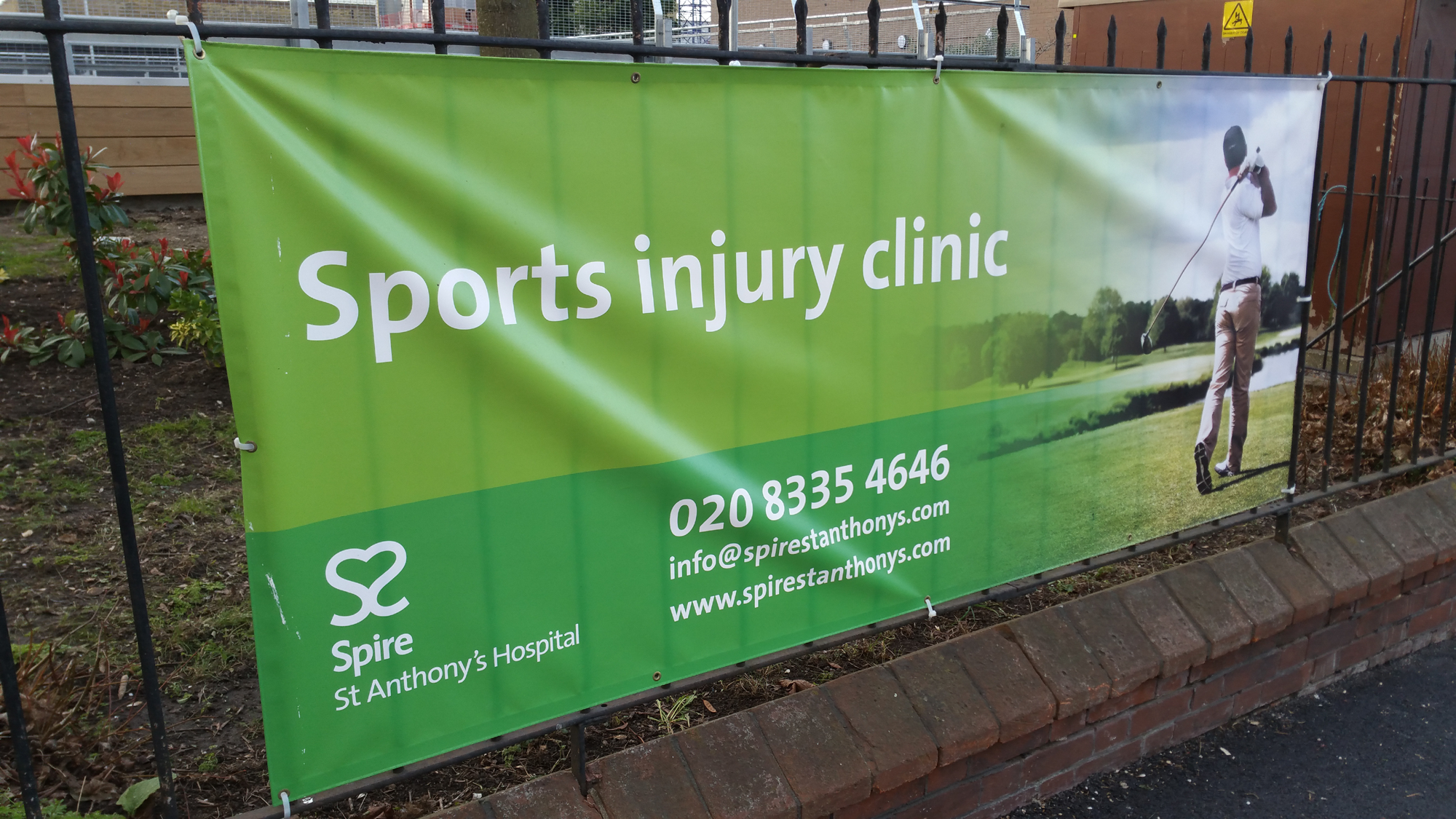 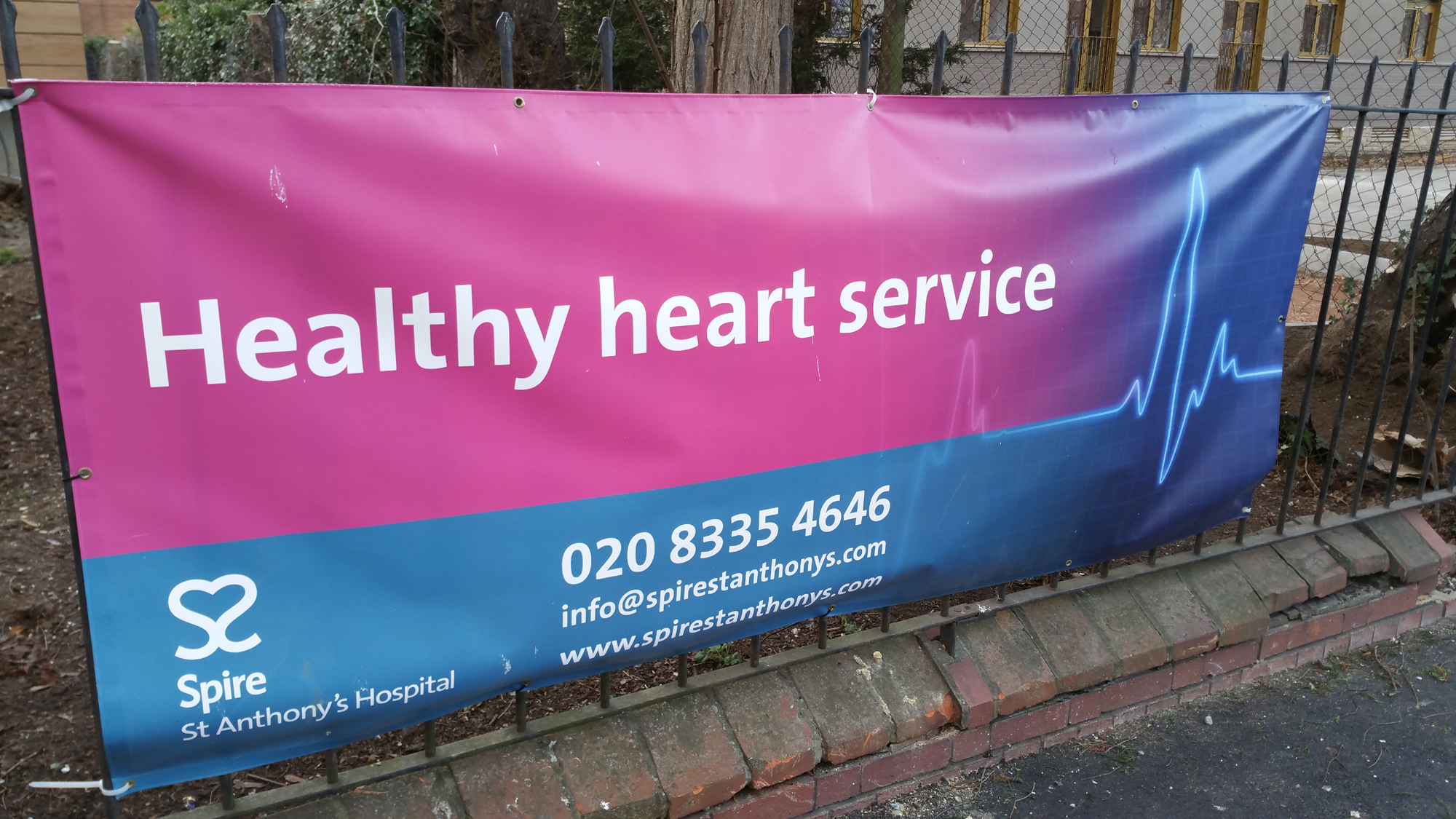 Some might think that the current level of investment taking place at this private hospital, coupled with the appearance of all the new signage, might indicate a belief on the part of the new owners, that they will soon be seeing a lot more customers. Let's hope that they're not gambling on the final destruction of the NHS.

This article may be updated in the future, so do check back.