The Epsom & St Helier NHS Trust have missed the government target for A&E waiting times every month since August 2015.

Staff shortages, caused by a combination of:

Increased demand, caused by a combination of:

A lack of available beds to admit patients, caused by a number of factors including:

A reduction in the number of General Practitioners, caused by:

While the Epsom & St Helier Trust has failed to meet the June 2010 government target of 95%, every month since August 2015, it has remained considerably better than the national average, and roughly on par with the other hospitals in the South West London sector. For us at KOSHH, this news raises a number of important points:

Please find below a table showing the data for the Epsom & St Helier Trust only, from June 2015 until January 2016. The England wide statistics can be found here. 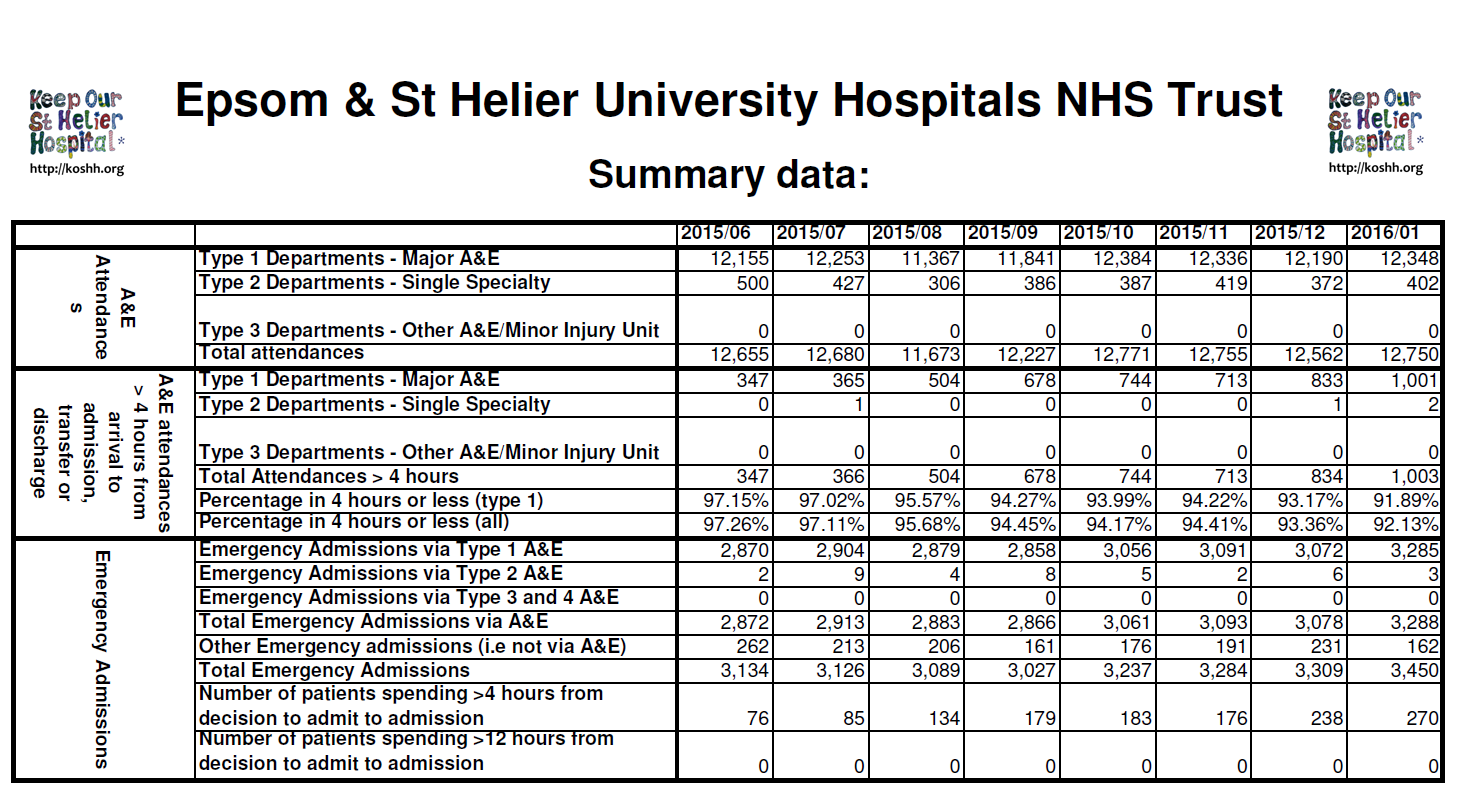 It is important to note that the above statistics are certainly not worse than the national average however. This crisis has not happened all over the English NHS by a strange coincidence, It certainly was not by accident.

You can read the local guardian's coverage of this story here or below.