In July 2013, 10 year old Sahil Mukherjee was part of a 60 strong “Army of Children” who marched against proposals to close A&E, Maternity and Children’s Services at St Helier Hospital.  The children turned out in force to protest against the proposed closures.

They were from Cheam Fields Primary School in Sutton. They presented a petition signed by parents, carers and staff at the school. 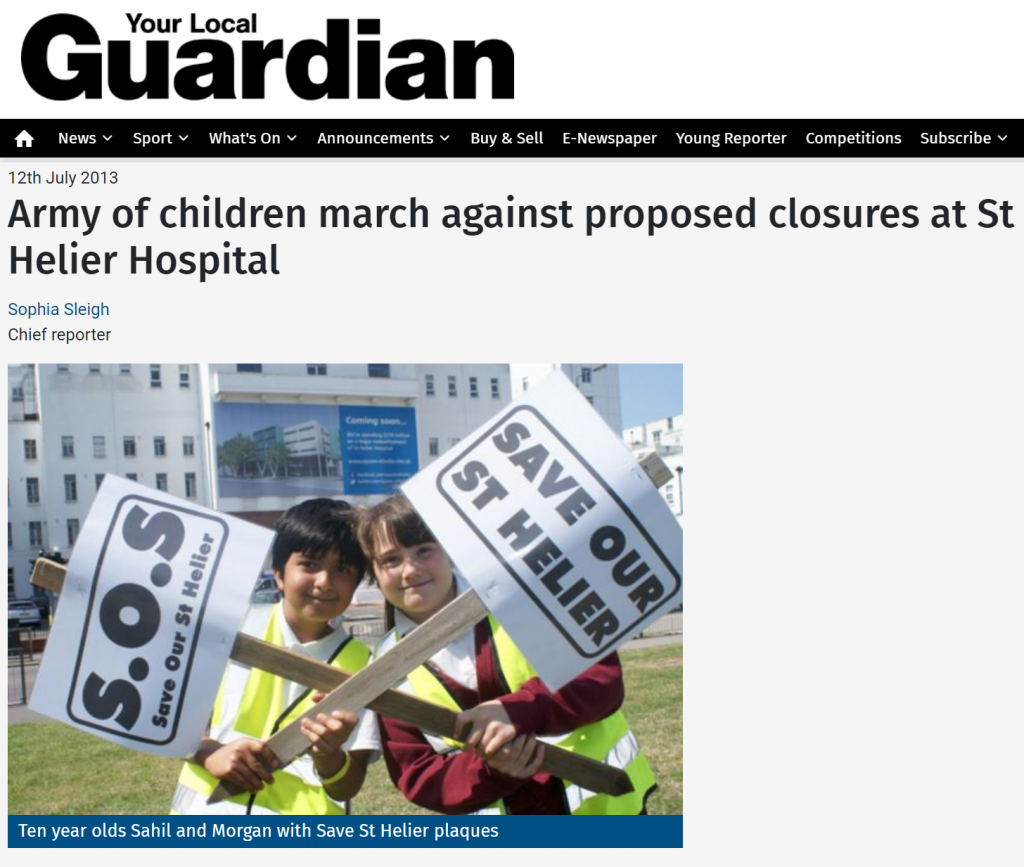 Claire Powell, a teacher at the school was quoted as saying “The children had been studying the impact the closures would have” and added “Its part of our community and we want to keep it that way.”

This plan to remove vital acute services at St Helier and Epsom Hospitals was part of the so called “Better Services, Better Value” (BSBV) review. 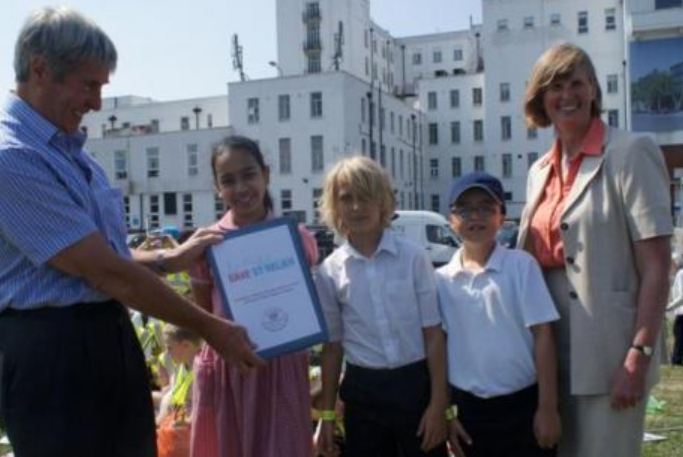 In a local guardian article at the time Mary Burstow, (Cheam Councilor and Chair of Sutton Councils Health and Wellbeing Scrutiny Committee) received the children’s petition and was said to have offered a “big thank you to the children” and said “it was important to show the decision makers just how central St Helier is to the community.”

Its a shame that Mary Burstow and others seem to have forgotten how important it is to keep acute services in the communities that they serve.

BSBV was in 2013. We showed then that the plan to remove acute services was financially and medically flawed and that local people and GPs were against its implementation.

They keep offering the same flawed plans. One of the latest is under the so called “Sustainability and Transformation Partnership"

In 2015 the whole of England was divided into 44 areas or “Footprints” and Hospital Trusts were instructed to work with GPs, Clinical Commissioning Groups (CCGs) and local Councils, to develop plans to CUT £23 Billion from NHS spending by 2020.

Our local “Footprint” of SW London, was instructed to cut £1 billion by 2020.

The local response ( The SW London Five Year Forward Plan ) has been to plan to cut a huge number of treatments and prescriptions available on the NHS and to reduce the number of Acute Hospitals in the area from the current five -Epsom, St Helier, Kingston, Croydon and St Georges- to four or even down to three.

The SW London Plan made it clear that St Helier and Epsom were top of the list for closure.

STPs have caused closure plans and cuts to NHS services all over England.

The President of the Royal College of Emergency Medicine said that these plans are potentially catastrophic and people will die if they are implemented.

The Epsom and St Helier Trust have spent £millions on promoting this plan and held and “Engagement” and proposes to hold a Public Consultation.

In exchange for removing all acute services from one or both Epsom and St Helier Hospitals and downgrading them by 2020, they offer just the possibility of a single, smaller facility, more remote from most people and not available until 2024, 2026 or possibly never.

Now the three nearest CCGs to Epsom and St Helier Hospitals ( Sutton Merton and Surrey Downs)  have joined the process to remove all acute services from one or both of our local hospitals.

The local councils and local MPs have done little or nothing to oppose these dangerous plans.

On 7th July 2018 the KOSHH Campaign held a Celebration of the 70th Birthday of the NHS and a Protest against these very dangerous plans.

Present on the Open space at St Helier once again was Sahil Mukherjee, all grown up and still protesting against plans to close A&E, Maternity, Childrens Services, Intensive Care, Emergency Surgery and Medicine, Coronary Care and Cancer Care at St Helier Hospital and Epsom Hospital.

Clearly a young man whose awareness was raised as a child and who still thinks that it's important to keep Emergency and Maternity services close to the people who need to reach them in a hurry.

Longer journey times in an emergency cause worse outcomes and deaths.

Sahil and his mother were keen to be a part of the KOSHH March on 7th July 2018.

Well done Sahil, the Mukherjee family and his former school, Cheam Fields Primary who clearly educated him on the important issues.

We will win again.

We must win again.

Our very lives may depend on it