As KOSHH has been warning for a long time, the plans for the future of our local hospital services at St Helier Hospital, Epsom Hospital and Queen Mary's Hospital for Children have been announced - and the news is not good.

The services in question. Taken from Page 10 of the document from the Trust

The plan offers three possible options, all of which involve the loss of the above Acute services from either Epsom or St Helier hospitals. The third option would see both Epsom and St Helier Hospitals lose these services, with them being provided at a new facility located on what's left of the former Sutton Hospital site, after much of the land there was sold to Sutton Council to build a secondary school.

We suspect that the preferred option is likely to be the third option, where both Epsom and St Helier lose their Acute Services, as was originally leaked during the "Traingate" affair back in April of 2015 (see video from BBC news below):

As regular attendees of the Epsom & St Helier Trust board meetings, and so called "Public Briefings", KOSHH have repeatedly and consistently heard the Trust's Chief Executive, Daniel Elkeles say that a "replacement" for Epsom and St Helier hospitals would cost "around £500m". Indeed we have repeatedly challenged this assertion, because five hundred million pounds is not sufficient to build ONE major Acute Hospital, let alone the more than two which this is supposed to "replace" (Epsom Hospital, St Helier Hospital and Queen Mary's Hospital for Children), and yet it appears that this new plan suggests that the new build work would cost between £300m and £400m - this proposed new centre will certainly NOT be a full acute hospital.

KOSHH have repeatedly asked the Chief Executive of the Trust, Mr Elkeles how such a new facility would be funded, and whether Private Finance would be involved, and he has never provided a satisfactory answer to this question.

The MP for Sutton and Cheam has already stated that the Sutton Hospital site is not suitable for the planned new Secondary School, because: 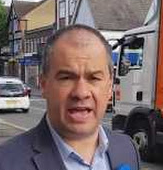 "The buildings would be too high, affecting residents"

"The transport links are not good enough"

Watch the shocking video of Paul Scully below:

In addition to the above revelation, Mr Scully had already stated on television that he believed that it was possible to build a replacement for Epsom AND St Helier Hospitals for as little as £75m. He later revised this figure to £300m, saying that the cost to the public purse would be £75m, with the remainder of the sum being made up by investment from unnamed "pension funds".

We pointed out at the time that this sounded worryingly close to a PFI (Private Finance Initiative) deal, where private investors made a killing at the expense of the taxpayer.

See the video from The Sunday Politics (London edition), where Mr Scully made his initial bold claim of it costing as little as £75m here:

Following the above blundering boasts by Mr Scully, a visit from Health Secretary, Jeremy Hunt was arranged, presumably as a damage limitation PR exercise, but it didn't turn out quite as planned. KOSHH were there to ask Mr Elkeles, Mr Hunt, Mr Scully, and Wimbledon MP, Stephen Hammond some questions. Most of these questions were met with silence from Mr Hunt and Mr Scully.

Mr Hammond did respond - what do you think of his responses?:

The latest announcement from the Trust appears to have been published earlier today (10th of July 2017) on their website, click here to see the page. The report is entitled "Providing High Quality Healthcare Services 2020-2030", which is an interesting title.

Epsom and St Helier hospitals regularly appear as the SAFEST hospital in London, and usually in the top ten in the country. We therefore find it surprising that the title of this report appears to be suggesting that it would somehow not be possible to provide "high quality healthcare" for the period 2020-2030 unless they proceed with the plan. This is clearly nonsense.

We accept that both Epsom and St Helier hospitals are not the most modern, and indeed not the best maintained buildings, but this is as a result of long periods of neglect by successive managers.

In any case, we believe that it would be more cost efficient to put right what is supposedly wrong with the existing buildings than to abandon them in favour of a new building, largely funded by private investors who will of course expect to see a tidy profit on their investment, which we the taxpayer would be paying for, potentially for decades to come.

This is made all the more worrying when one realises that the proposal is not to provide us with additional hospital capacity, but to provide a cut-down, partial replacement for some of the services which we currently enjoy on TWO sites which are in the right place for the people they serve, with a new facility which has transport links which are not even good enough for a Secondary School.

Existing Hospitals Will Wither And Die

As has been seen across the country when schemes like this have been forced through, where one or two existing hospitals are "downgraded" resulting in the loss of their A&E, Maternity, Coronary, Emergency Surgery etc. services, and a smaller, new "centre" is provided, usually funded by private finance of one kind or another (meaning that the investors make a profit at the taxpayer's expense), the existing hospitals wither and die.

Indeed we warned of exactly this in November 2016 (warning, contains distressing scenes):

How does this fit in with the STP?

As we have long reported, the Sustainability and Transformation Plan (STP) for SW London recommends the reduction of the number of Acute hospitals in South West London from the current 5, down to 4 or even 3, and makes it quite clear that the top of their list for the loss of acute services is Epsom and St Helier. It appears that this fits in perfectly with their plan.

Our area already has fewer hospital beds per thousand people than the average figure for the rest of the country, which itself is much lower than the European average, as shown by the shocking graph we originally published on the 21st of April 2016 (which is based on population figures from 2013 - obviously the population of the area has increased significantly since then, and will continue to do so in the future):

If allowed to proceed, this plan would further reduce the number of beds per thousand people in our area. Indeed the report actually says that they believe that they will need "broadly the same number of beds" despite significant increases in population which have already occurred since 2013.

Note that the above table was based on figures obtained from the Epsom and St Helier Trust in 2016. The data released by the trust today makes the current position much worse than indicated above. Check back soon for an update on this matter. 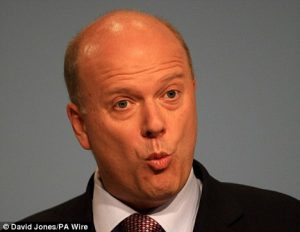 In a late breaking twist to this tale, it seems that the MP in whose constituency Epsom Hospital sits is not happy with this news, and has written to the Chief Executive of the Epsom & St Helier Trust, Daniel Elkeles, demanding that he begin the process of separating Epsom Hospital from the Epsom and St Helier Trust. You can read the full text by clicking here

The Epsom & St Helier Trust, along with various other organisations including Sutton Clinical Commissioning Group are planning to do (at least) the following:

It's your local hospital. You must fight for it.

Your life may depend upon it.

This plan must be opposed in the strongest possible terms, and we urge you all to join us in our campaign to fight for the continuation of our local hospital services.

Sign up to our e-newsletter at https://koshh.org/newsletter to keep up to date with the latest news.