The Epsom & St Helier University Hospitals NHS Trust are working on plans to "Reconfigure" hospital services in our area, and they are due to announce these in June 2016. Plans were first leaked during the "Traingate" incident, where an 800-bed "Centre" was proposed as a "replacement" for Epsom, St Helier and Queen Mary's hospital for Children. This would have a devastating impact on the number of hospital beds in our area.

The Chief executive of the trust, Daniel Elkeles has given different answers for the number of beds in his Trust, but most recently he said "about 1000 beds".

On that basis we have approximately 2 beds per thousand people served - this is already much lower than the UK national average of 2.76 per thousand people, which puts the UK well below other european countries (see article here).

Our area has one of the fastest growing populations in the country. Mr Elkeles has told KOSHH that the Trust, Sutton Clinical Commissioning Group (CCG) and Surrey Downs CCG have carried out their own research on how many people they anticipate will be in the area by 2025. Mr Elkeles said their projection indicated a requirement for an additional 300 beds to maintain the current "beds per thousand" ratio. 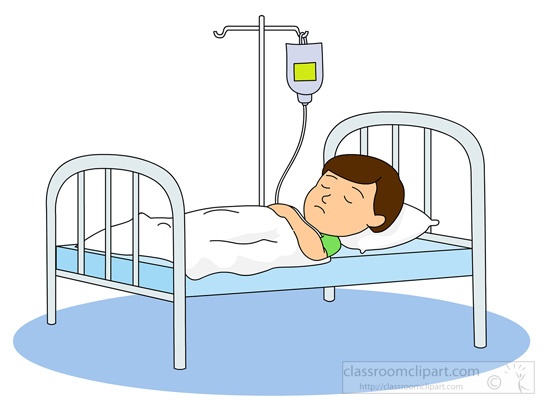 This means an approximate 30% rise in population, which gives us a predicted population of around 650,000 people.

Mr Elkeles has also said that they do not intend to maintain the current ratio of beds per thousand, despite seeing a record number of patients recently, and failing to meet A&E waiting time targets for the last six months.

The Trust are now making a case that they should close Epsom, St Helier and Queen Mary's Hospital for Children, and the "Traingate" leak proposed 'replacing' those 3 hospitals with a single "800 bed Centre".

If the Trust go ahead with their proposed reduction in beds to 800, this will mean a bed ratio of 1.23 beds per 1,000 people. This is an even lower ratio than that of Colombia (see graph below).

At the "Estates Event" on the 19th of March, the Trust told the public, repeatedly that they would like 50% of the new beds they plan, to be "Private Rooms". They later apologised for having used the word "Private" when they claim to have meant "Single".

Since Trusts can make 49% of their income from private patients, this might leave NHS patients in our area, with only 400 beds, which would equate to only 0.61 NHS beds per 1,000 people

Below is a graph based on OECD data (2013) for the number of hospital beds per thousand people worldwide, we have inserted the current (2016) number of beds per thousand people in the Epsom & St Helier catchment area, along with projections for the future, based upon the the leaked plans, and the potential loss of half the beds to private patients. We have highlighted these additions below.

At best, the "800 bed centre" plan would cause this area to be ranked lower than Colombia, and possibly below Indonesia, leaving only India with worse provision.

Secretary of State for Health, Jeremy Hunt has already gone on the record to say that he would block the building of any new hospital in south west London. 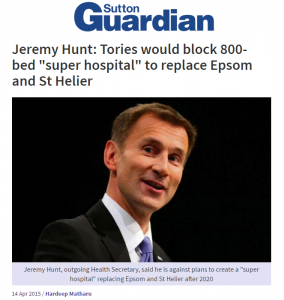 If our local hospitals are closed, and not replaced as per Mr Hunt's statement, some 650,000 extra people will depend upon the three surviving south west London Hospitals (Kingston, St George's and Croydon) which are already severely over-stretched, and would be hopelessly incapable of caring for the swollen number of patients.

Is Daniel Elkeles' plan really what you want for our future?