On Wednesday the 3rd of May 2017, the current Secretary of State for Health, Jeremy Hunt paid a visit to St Helier Hospital in South West London, a hospital threatened with closure under Mr Hunt's and NHS England's Simon Stevens' privatising "Five Year Forward View".

Members of KOSHH were there to ask Mr Hunt some questions.

This is in the wake of Paul Scully MP's recent appearance on The Sunday Politics, where he both confirmed that he has been "working with" the local Chief Executive (Daniel Elkeles) on a plan to "replace" St Helier hospital with a new "facility" on the former Sutton Hospital site, which he thinks would cost only £75m. See the video here: https://youtu.be/aahhvVgzjUM

What a Cheeky Hunt. 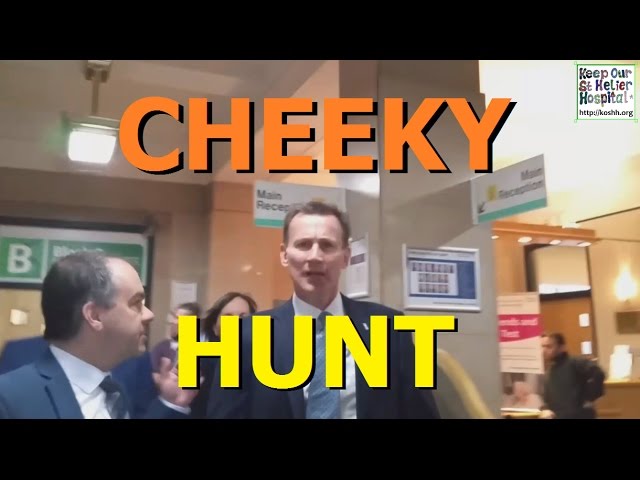