They plan to close your hospitals: Who will save St Helier? 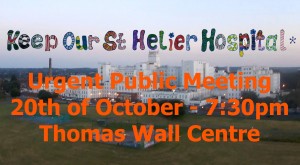 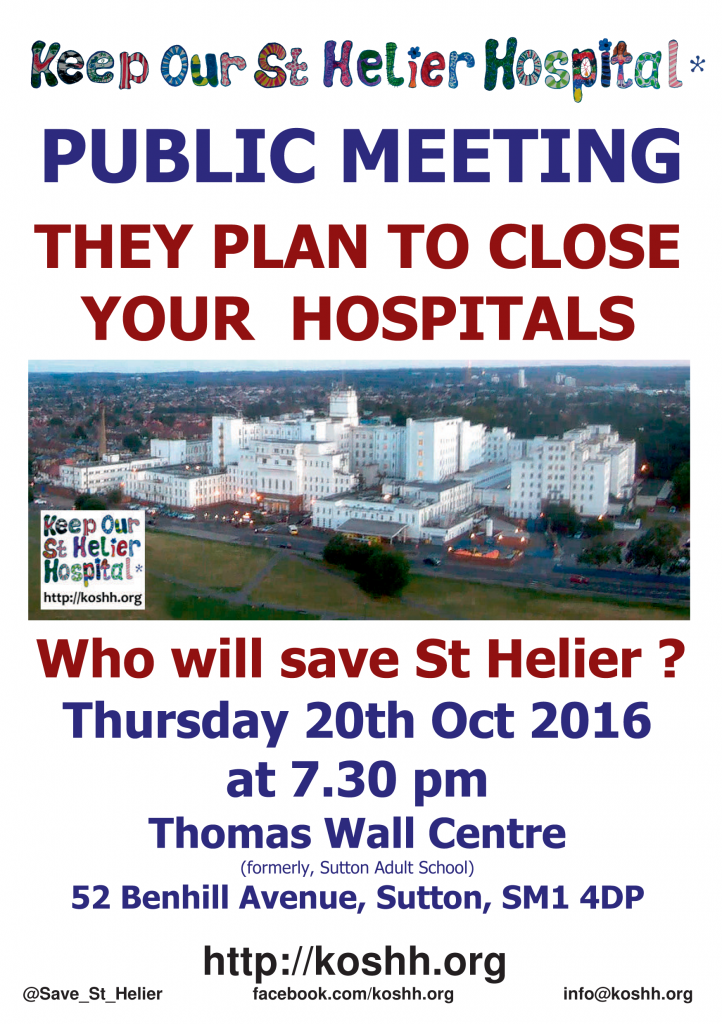 On 23 December 2015 NHS England announced the enforced balancing of NHS budgets within an impossible timeframe. The massive deficits of all NHS Hospital Trusts has been well publicised but the requirement to eliminate them without delay has been deliberately hidden from the public. A sham “consultation” may be launched after the plans have been approved.

England has been divided into 44 “Footprints” areas and each “Footprint” has to produce a “Sustainability and Transformation Plan” (STP). All STPs should have been submitted in June 2016 for approval by the head of NHS England, Simon Stevens. They are now expected to be announced in October 2016.

Balancing the budgets is likely to be achieved by:

Failure to achieve the required cuts will be punished by further cuts to funding.

The SW London "Footprint" includes the Epsom and St Helier Trust. S W London's draft STF has been leaked to the Health Service Journal which reports:

"...the STP from June says 'Evidence for south west London suggests that continuing to provide acute services on five sites is unsustainable.' STP stakeholders will analyse the 'viability and sustainability of five, four and three site models for the future...Options for the future of Epsom and St Helier University Hospitals Trust Estate need to be considered as a priority".

To save our local hospitals, we must unite and mount massive protests against this plan.

Please come to the public meeting and join the fight.