KOSHH campaigners were very proud to be a part of the this year's Croydon Trade Union Council's annual May day Parade through Croydon, followed by a rally at Ruskin House on Saturday the 30th of April 2016.

We had arrived at Ruskin House before the march, in order to set up our gazebo and stall in the lovely gardens - you never know what the weather will be like at events like this, so a place to shelter from the sun or rain is always welcome. 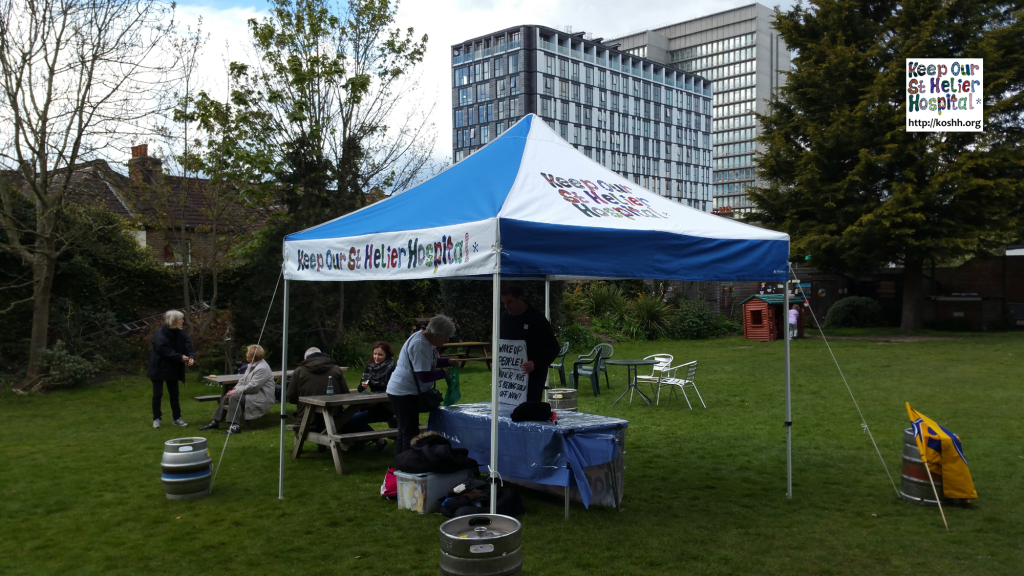 The march was led by a pipe band, and KOSHH were very honoured to have been asked to be the second banner in the parade, immediately behind the Organiser's banner. 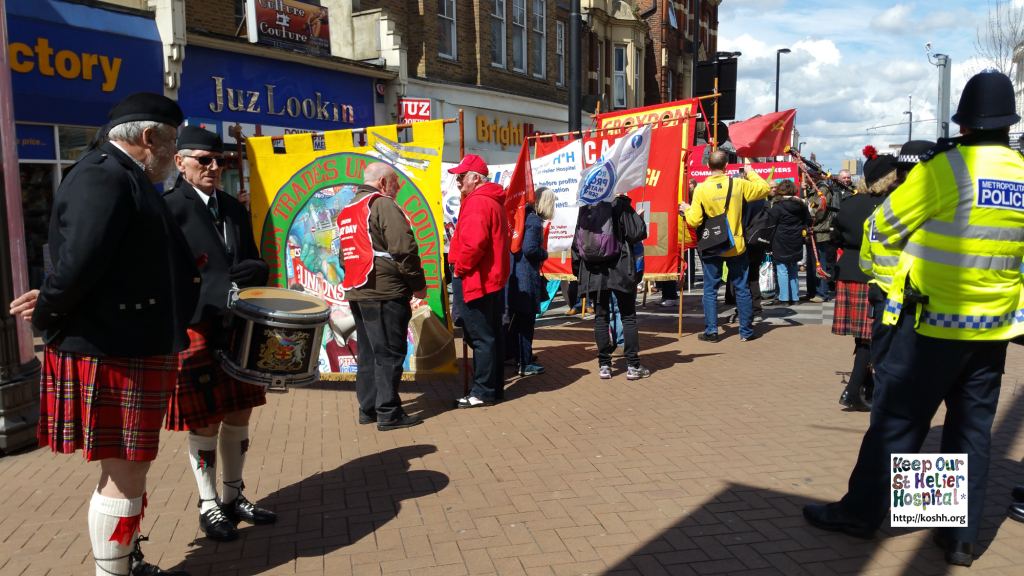 The parade wound it's way through the streets of Croydon, where KOSHH campaigners were leafleting the shoppers enjoying the sunshine, but everyone seemed very happy to take and read leaflets, with many stopping to ask for more information, and how they can help with our campaign - a number of the lovely Police officers who were there to stop the traffic during the march chatted with us to find out more.

People were very quick to understand that as St Helier hospital is under threat, the surviving hospitals (Croydon University Hospital for example) would be unable to cope with the increased demand. Here are some pictures from the parade (note the article continues below the gallery) 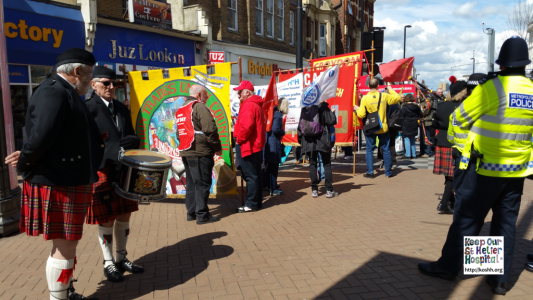 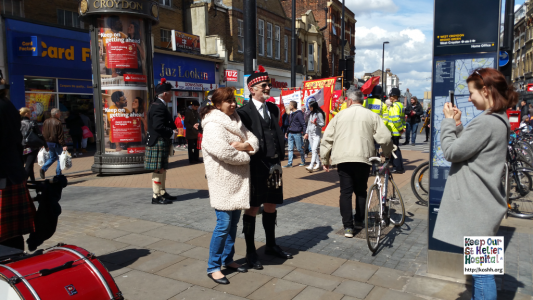 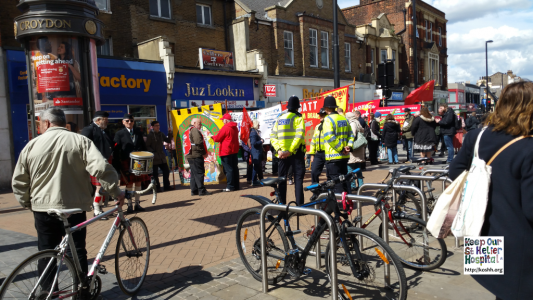 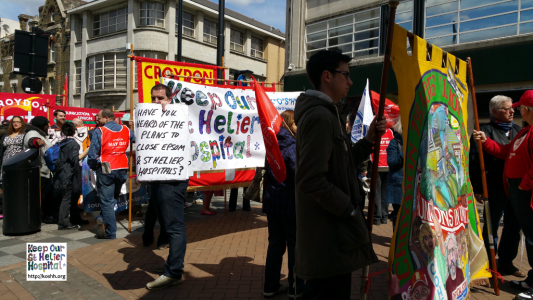 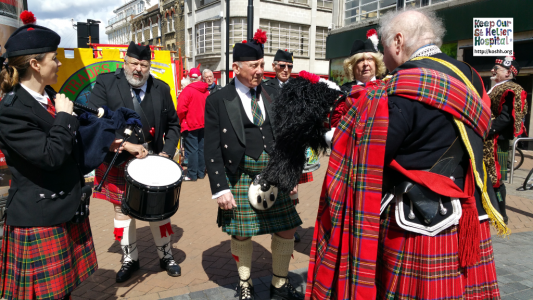 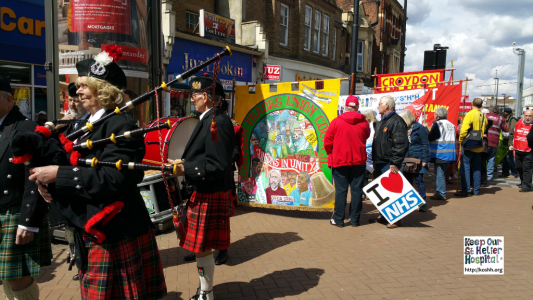 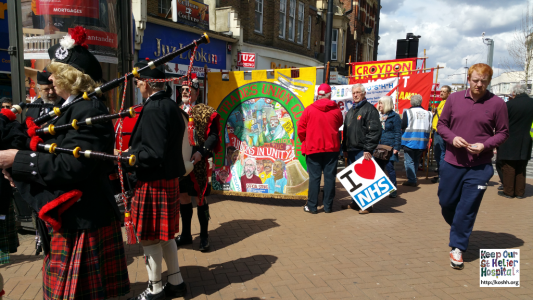 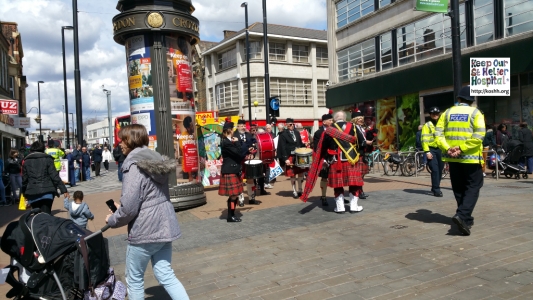 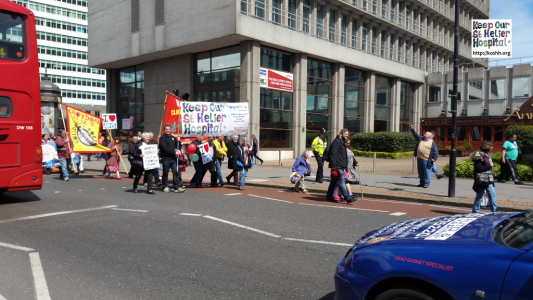 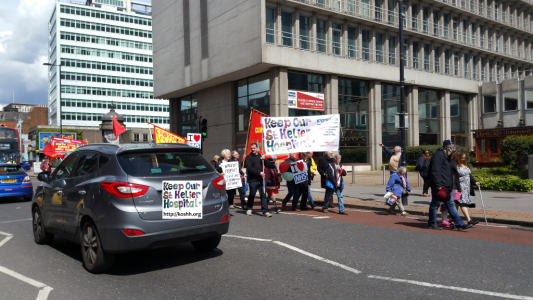 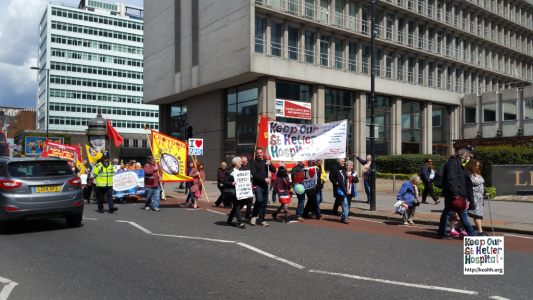 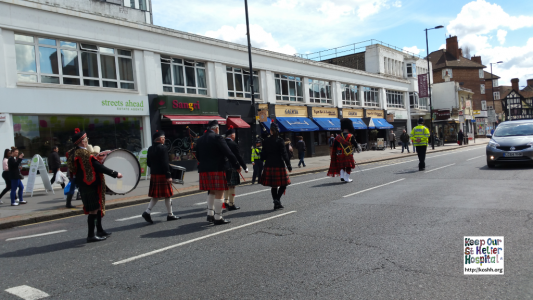 The parade finished at Ruskin House in Croydon, where a rally was held with numerous speakers, including a particularly stirring speech from Dr Philip Howard. 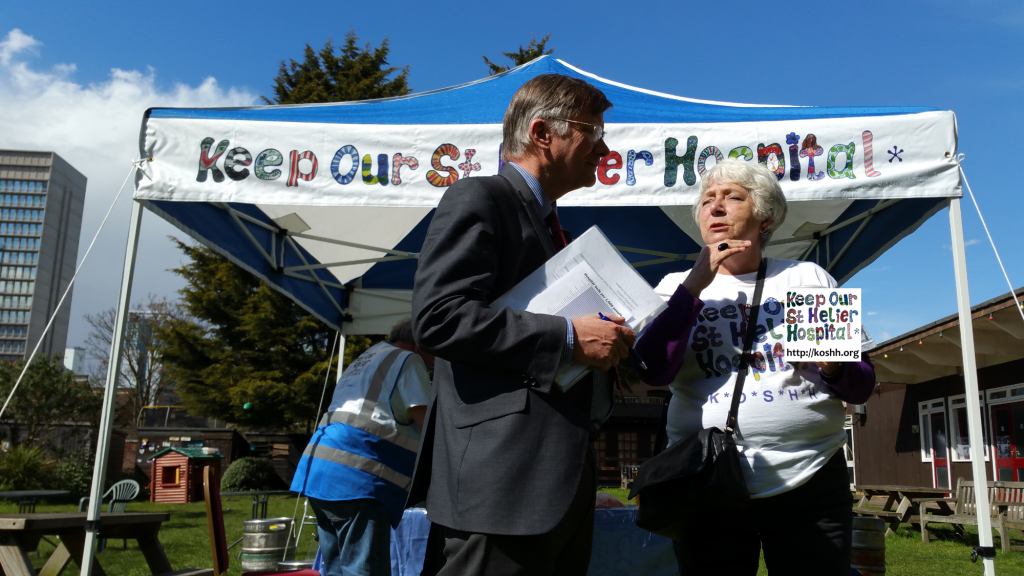 Dr Howard is a Consultant at a local hospital, and spoke passionately about the threat to the NHS Nationally, going into detail about the current threat to the junior doctors, and how that will inevitably roll out to Consultants, GPs and indeed all healthcare professionals, urging people to take action now - or risk losing our NHS.

Powerful speeches were also given by Ellen Clifford of DPAC (Disabled People Against Cuts), the NUT (National Union of Teachers), and an especially rousing closing speech by Ted Knight (Croydon TUC Executive Committee member, and organiser of the Croydon Assembly).

After the parade and the rally had finished, we chatted with people who had attended, and quite a number of them were keen to pose with our #ThisPersonNHS selfie card (gallery below). 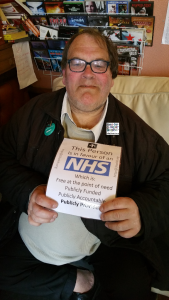 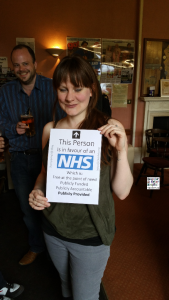 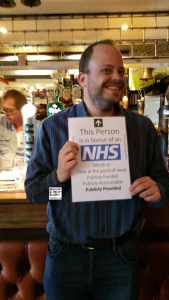 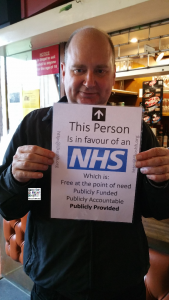 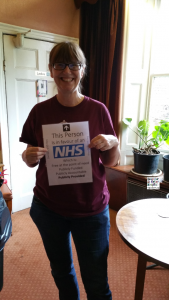 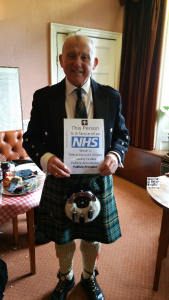 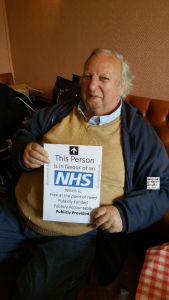 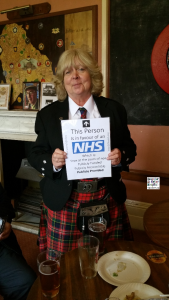 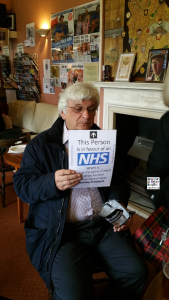 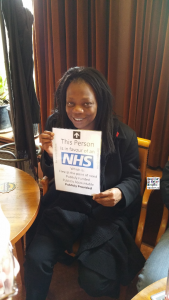 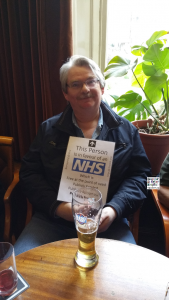 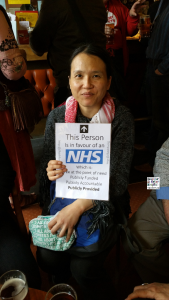