Plans are currently underway to cut, downgrade and close Acute Hospitals all over England, under the cloak of a scheme called "STP" (Sustainability and Transformation Plans).

In South West London, they are currently looking at reducing the number of Acute hospitals from the current 5 (Kingston, Croydon, St George's, Epsom & St Helier) down to 4, or even 3, and Epsom hospital and St Helier hospital are seemingly right at the top of their list for cutting.

These plans have been shrouded in secrecy, since the day they were quietly announced (a few days before Christmas in 2015), and the secrecy continues to this day.

The press has been full of stories, which demonstrate that the hospitals we have, right now, cannot cope with the demand, and the loss of one or even two of our local hospitals will no doubt cost people's lives.

Plans "Will put lives at risk"

The Royal College of Emergency Medicine have said that Sustainability and transformation plans (STPs) could have a “catastrophic” impact on emergency care, and the chair of the same organisation has said that these plans "Will put lives at risk".

These disastrous plans must be halted immediately.

Continued after the image 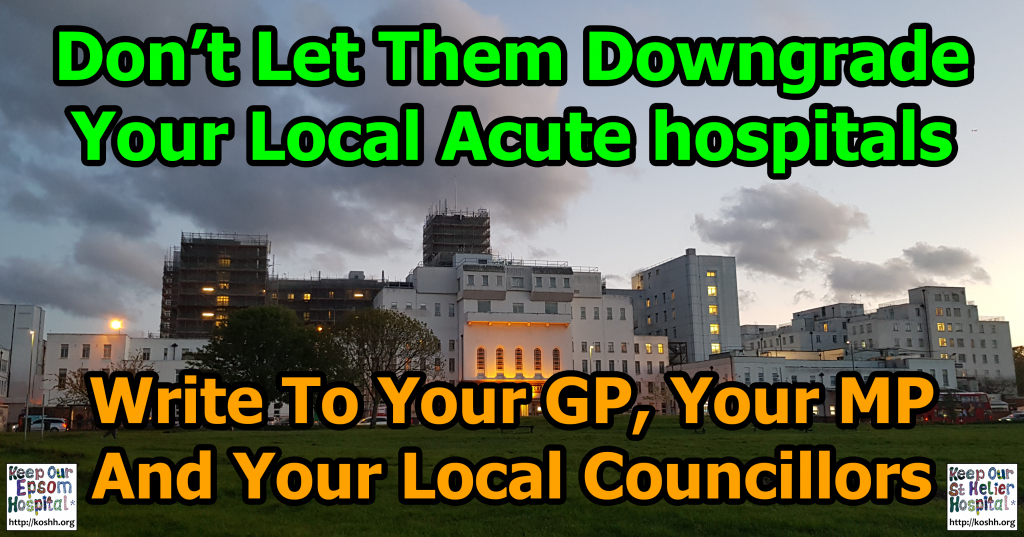 But there is something you can, and should, do about this.

The STP, and indeed the latest plan to downgrade ONE OR BOTH of Epsom and St Helier Hospitals would need to be approved by the local Clinical Commissioning Groups (CCGs), and by local authorities.

9 out of 10 GPs not consulted on STPs

The Clinical commissioning Groups (CCGs) are made up of GPs in the area concerned. Your GP has a say in this matter, but they are being largely kept in the dark about these plans. The British Medical Association conducted a survey in 2016 on this topic and found that nearly 90% of GPs in London had not been consulted on the Sustainability and Transformation Plan in their area. If you write to your GP, telling them about this, they could bring a halt to this plan.

After all, the health of their patients is very likely to suffer as a direct result of this...

Please use the letter tempates given below to write to your GP: 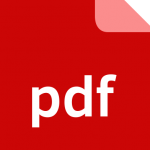 Each local authority has a committee, made up of elected local Councillors, called a Health Overview and Scrutiny Committee, and each region (called a "Footprint" by the STP) has a Joint committee, formed of a selection of councillors from each area in the footprint.

In South West London, the Joint Health Overview and Scrutiny Committee (JHOSC) have met with the people responsible for promoting the STP, but it would appear that very little information has been passed to them, and indeed at a JHOSC in 2017, it became clear that the STP promotion team did not even know that one of the hospitals in their area (Epsom Hospital) was about to lose both of it's mental health wards. See the video here:

How exactly are the local councillors on the JHOSC committee supposed to scrutinise the plans, if the people sent to inform them don't even know what's going on?

Local councillors will be keen to ensure they get re-elected at the next election, so it would be a good idea to make sure your local councillors know what is going on, and to urge them to speak out against these terrible plans, before it is too late.

See this clip taken at the first "Committees in Common" meeting between Merton, Sutton and Surrey Downs CCGs. The meeting had been called in order for the "committee in common" to decide on whether (or not) to proceed with their proposal called "Improving Healthcare Together 2020-2030". See what you think:

Then, you can download a template letter to send to them using the buttons below:

Write to your MP

As with your local Councillors, your MP is someone who is likely to be seeking re-election before too long, and they too will no doubt be keen to have your vote.

Please send them a letter using the following template, to both inform them of what is going on, and to ask them to reject these dangerous plans.

You can find out who your local MP is by clicking THIS LINK, or by entering your postcode in the box below (note, that doing so will take you to an external webpage).

You could change our world, for the cost of a stamp, and one (double sided) printed page of paper.