On the 15th of March 2019, the Epsom & St Helier Trust announced that they had sold 20% of the Land and Buildings of Epsom Hospital.

- They claimed they had been offered £40 million

- They claimed that it had been sold for £18 million.

- They claimed that they would receive £15 million of this.

On the 4th of July, the local Guardian published a letter from the Trust's Chief Executive, Daniel Elkeles, which proudly boasted that the sale had "unlocked over £15 million of investment".

BUT, the very next week on the 12th of July 2019, at the Epsom & St Helier Trust's Annual Public Meeting, it emerged that the Trust had not gained £18 million for the sale of 20% of Epsom Hospital's Land and Buildings.

They hadn't even received the £15 million they had claimed the previous week.

In fact, they received only £12.4 million for the sale of NOT ONLY 20% of Epsom Hospital's Land and Buildings, but also, yet another plot of land from the former Sutton Hospital Site.

Note also, that during the Annual Public Meeting, it was stated by the Director of Estates, Facilities and Capital Projects at Epsom & St Helier University Hospitals NHS Trust, Trevor Fitzgerald, that part of the reason for the low yield, was because some of the land and buildings which they had sold were "high value housing" - and yet elsewhere, the Trust have *claimed* that the buildings they sold were "Derelict"... Apparently they must have been *Derelict* High Value Housing!

This is a SCANDAL, and must be stopped.

Write to your Councillors, your MP & your GP:

Write to them! Template letters here

Take part in our survey:

Survey: Will the “Improving Healthcare Together 2020-2030” plan, improve healthcare? 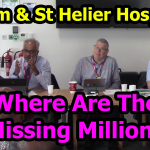 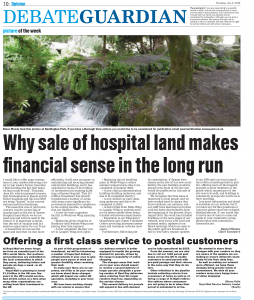