This open letter questions a number of things about the excellent coverage in the Epsom Guardian. For example it says:

"It is important to point out that the claim made in the first line of the article stating our maternity units ‘faced closured just under a year ago’ is completely without foundation, and we do not understand what timeline or review your journalist is referring to."

While of course it is not for us at KOSHH to speak for the Epsom Guardian, it is perhaps useful to point out the following piece, which was broadcast on BBC London news on the 27th of March 2015 (i.e. less than a year ago):

The following text taken from the above clip may be useful:

"A hospital Chief Executive has promised to keep his two A&E units open, despite the fact they have been recommended for closure in the re-organisation of the NHS in Epsom and St Helier, but the move to keep the departments open is expected to be blocked by the NHS body which has the final say" : Alice Bhandhukravi

"...this unit has been under threat for years, as local health bosses look to re-organise hospitals in South West London": Karl Mercer

A little over 2 weeks after the above piece was on the TV, another bombshell dropped, in the shape of the "Traingate" incident. You can watch the BBC coverage below:

This report opens, with the presenter explaining that "Health bosses in South West London are developing possible plans to close 2 hospitals, St Helier and Epsom".

The report fails to mention Queen Mary's Hospital for children, which would also be included in this plan. Furthermore, in the above video, Karl Mercer says that the work Deloitte carried out cost £50,000, it has since transpired that the figure was almost £300,000.

On the topic raised by this open letter, regarding the contracting of private provider "Slimming World", I would refer the trust to the following article on the matter.

The open letter also says "Furthermore, the claim that the additional exercise classes will be led by Slimming World is also false." - no such claim appears to have been made by either the Epsom Guardian, or anyone from KOSHH, so we are perplexed as to what this sentence means.

The full "open letter" is reproduced below. 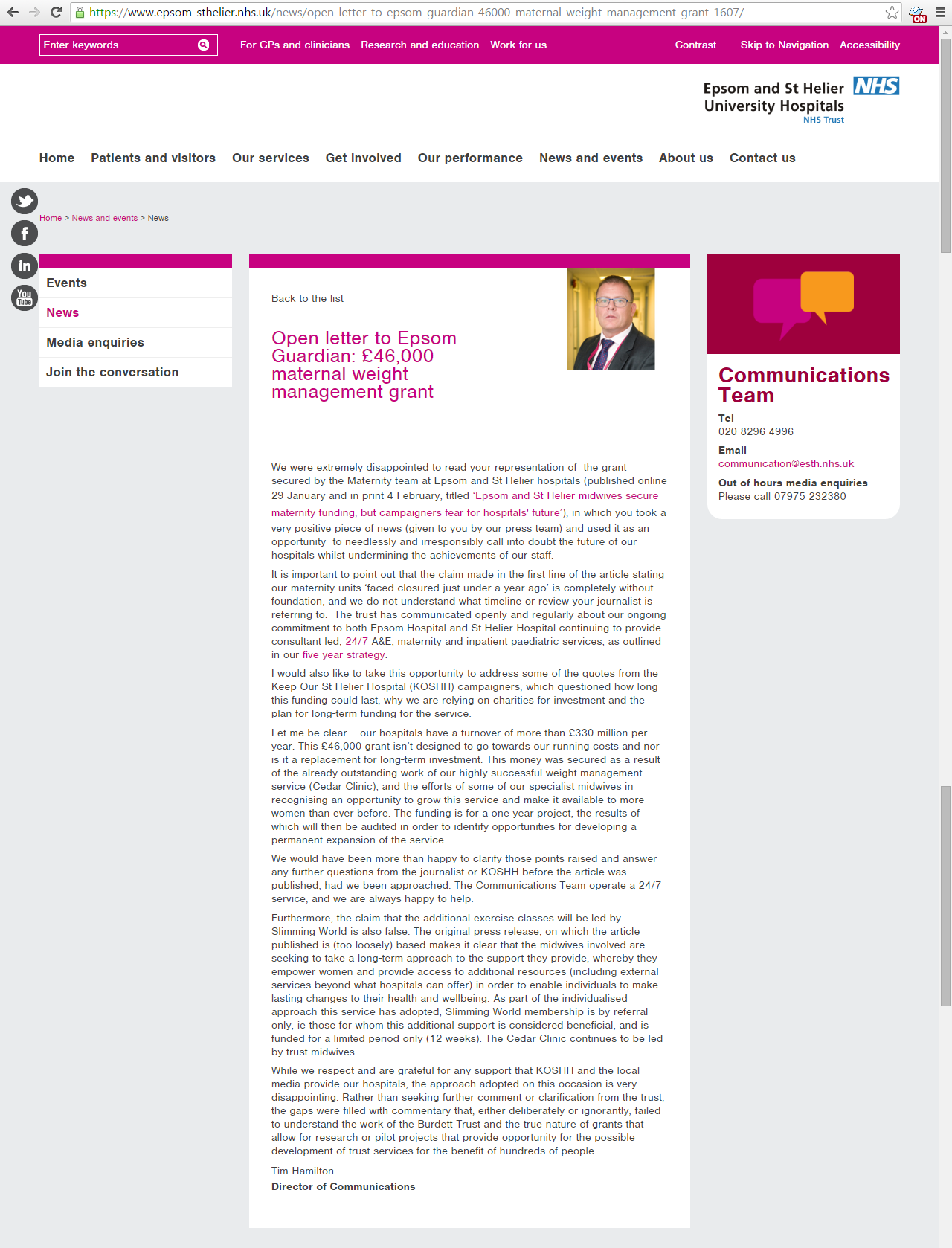