On the 12th of February 2016, the Trust held a board meeting, where one of the items under discussion was the Estates Review. In support of this, on the same day they published a document entitled TB009/16. Page 22 of this document contains the following (red highlight added for emphasis): 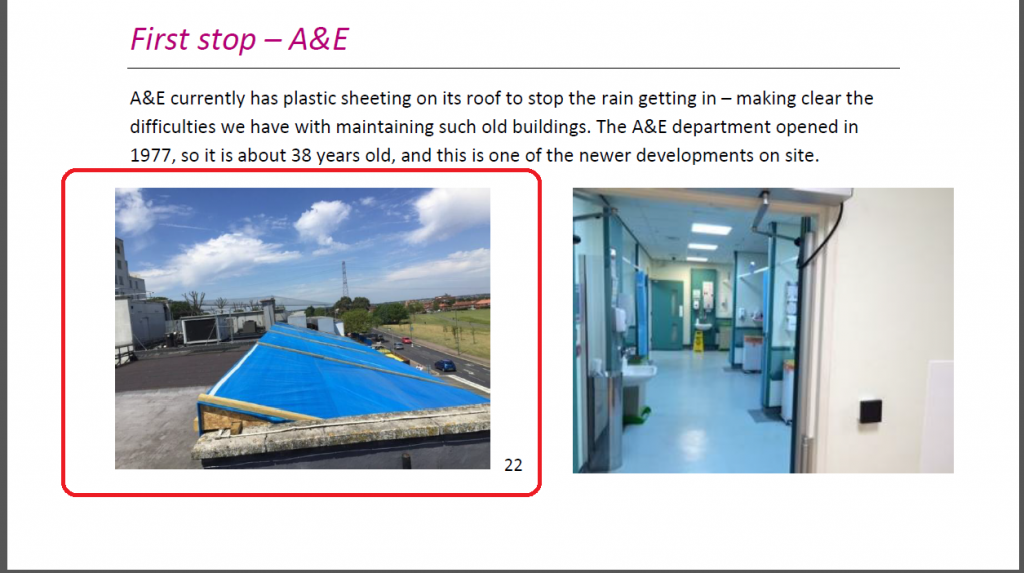 The text says "A&E currently has plastic sheeting on its roof to stop the rain getting in...". So, we have an explanation that the roof of the A&E department "Currently" has a tarpaulin on it, along with a photograph of said tarp. Remembering that this document was issued on the 12th of February 2016, let's take a closer look at the photo: 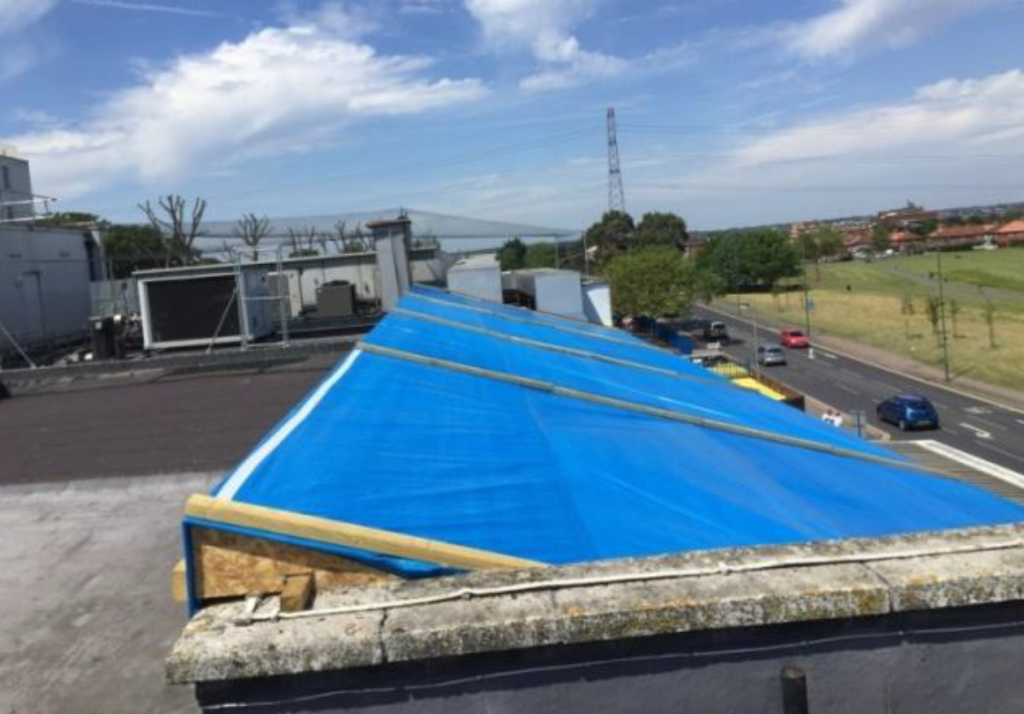 As we can see, the image above shows some sort of temporary repair which was presumably carried out at some point in the past, to a flat roof over the A&E department at St Helier hospital.

As you can imagine, we at KOSHH thought we'd take a look at this for ourselves, so on the 13th of February 2016 (the day after the trust board meeting) we went along to the hospital. Obviously unlike the photographer of the above picture, we weren't able to venture out onto the roof but we were able to have a fairly good look from the stairwell overlooking it. We took this photograph: 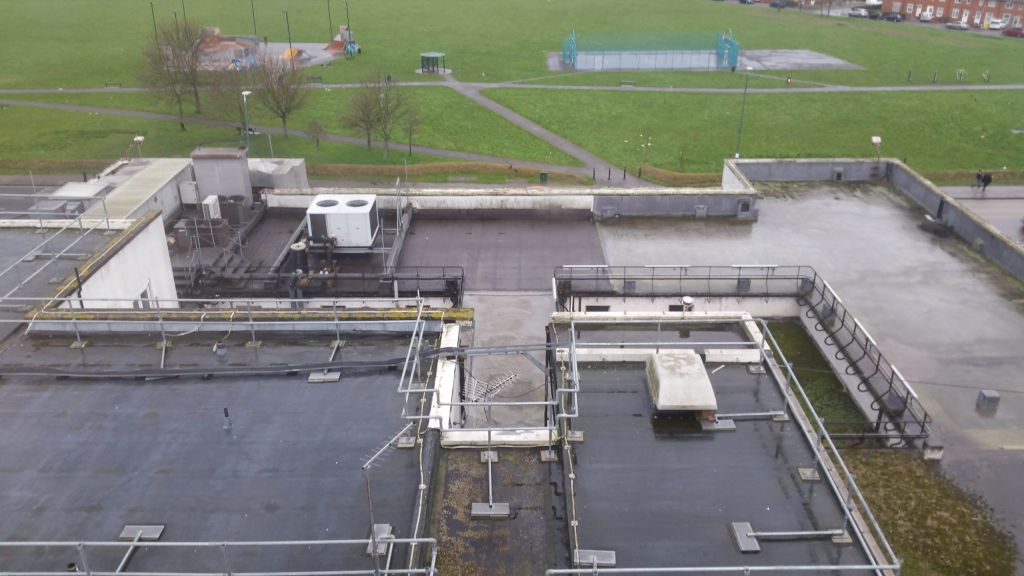 As you can see, there doesn't appear to be any sign of a tarpaulin, or indeed the wooden structure it was attached to.

To be absolutely sure, we took some photographs from street level. Note particularly the area highlighted in red: 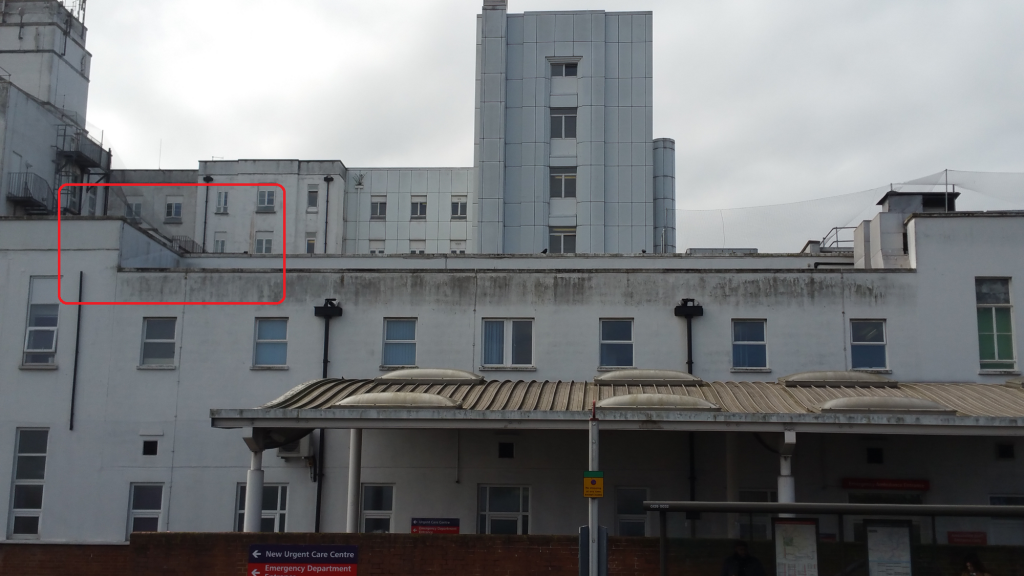 And here's a close-up of the same photograph: 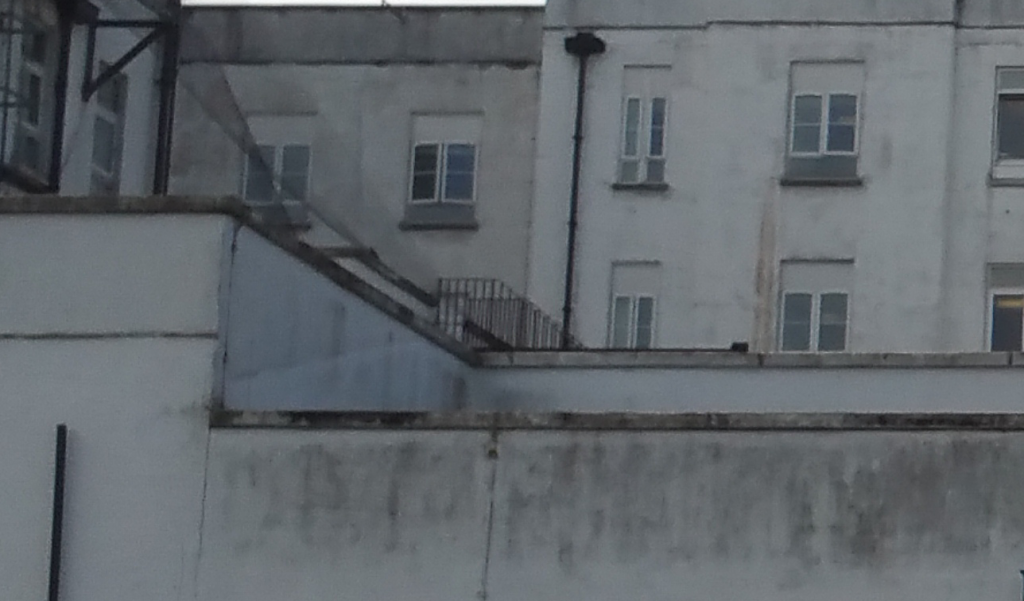 Note that there is a diagonal mark on the wall, presumably a consequence of the tarpaulin having been there, in the past, while awaiting repairs to the flat roof, but there was no sign of the blue sheeting.

As you can imagine, we found it very surprising that the Trust would publish a document on Friday the 12th of February 2016, which flagged up a tarpaulin on the roof, when the tarpaulin in question was certainly not in evidence on the very next day.

This "tale of the tarpaulin" had been used a number of times by the Trust Chief Executive, Daniel Elkeles at various meetings (including the one detailed here).

Update: the Trust held an "Estates engagement event" (read a report about it here) on the 19th of March 2016, at which they used a slide show in their presentation, containing the slide below, which as you can see, also contained the same image - more than a month after the above photos were taken. 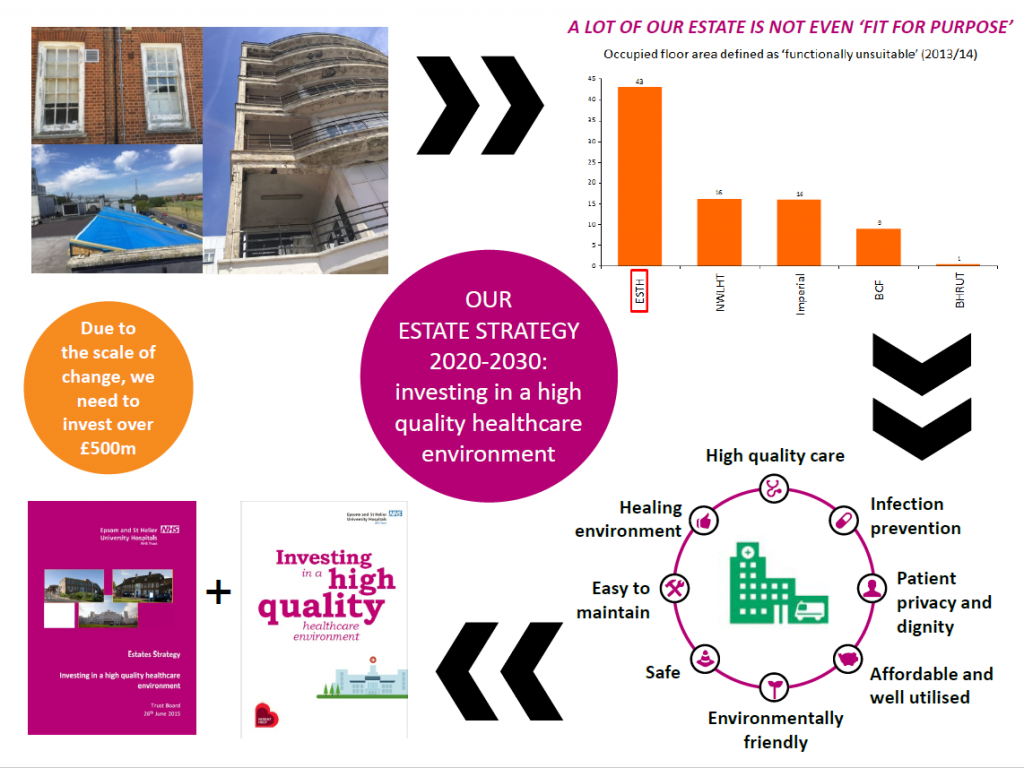 Summary of important dates and events:

Surely the Trust wouldn't try to justify a "not fit for purpose" claim by publishing photographs showing temporary repairs, and giving the impression that this was still the case, when the sheeting in question was long gone at this time?