10,775 MEMBERS OF THE PUBLIC SAY NO TO TRUST’S PLANNED CHANGES

The Keep Our St Helier Hospital Campaign (KOSHH) has been gathering signatures from people who support its petition to keep all services at our local hospitals. They were given by many thousands of people engaged at street stalls and other events.

This petition was presented to Clinical Commissioners on 30 November 2017. It demonstrates there is strong public opposition to Epsom and St Helier Trust’s plan to remove all acute services from both its hospitals. 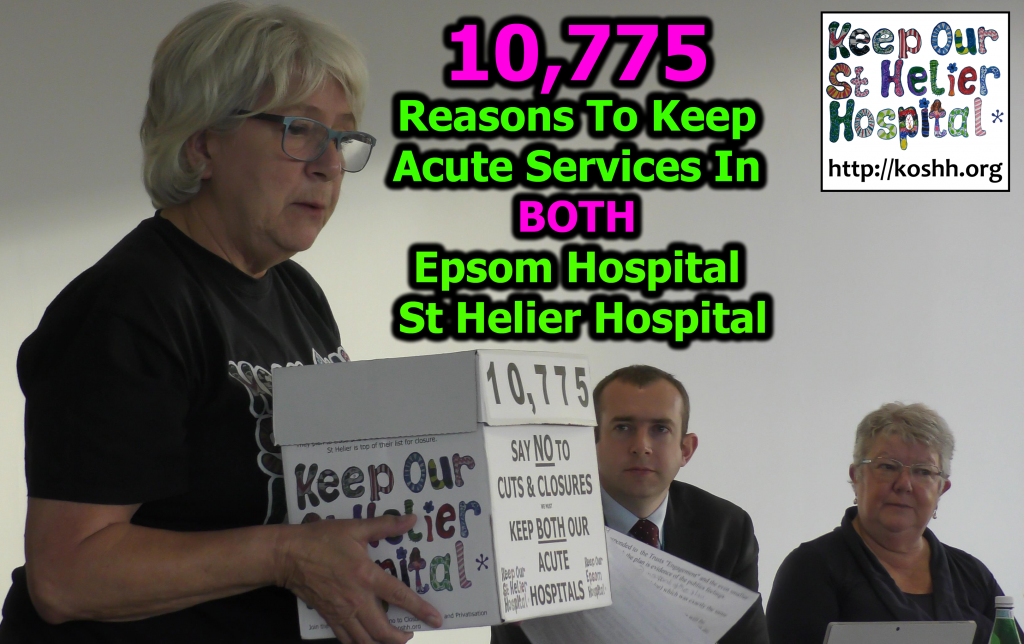 KOSHH presented our petition featuring 10,775 signatures of people opposed to the 2020-2030 plans to downgrade our local Acute hospitals, to Merton CCG

The SW London Sustainability and Transformation Plan proposed cutting the number of acute hospitals from 5 to 4 or 3.

The Trust has carried out an “Engagement” to gather public support for their seeking permission to borrow £300m to £400m and build a single new acute facility somewhere.

Their “Engagement” was flawed in that (for example):

During the Trust’s Engagement many members of the public received the impression that they were being offered an additional facility, or even an additional hospital.

Despite their having misled the public in these and other ways, only 441 people signed to give support for their bid for a loan.

In contrast, KOSHH has obtained almost 11,000 signatures giving unqualified support of our petition.

KOSHH has also succeeded in engaging with vastly more members of the public than the Trust has, as can be seen in the “Scorecard” below. 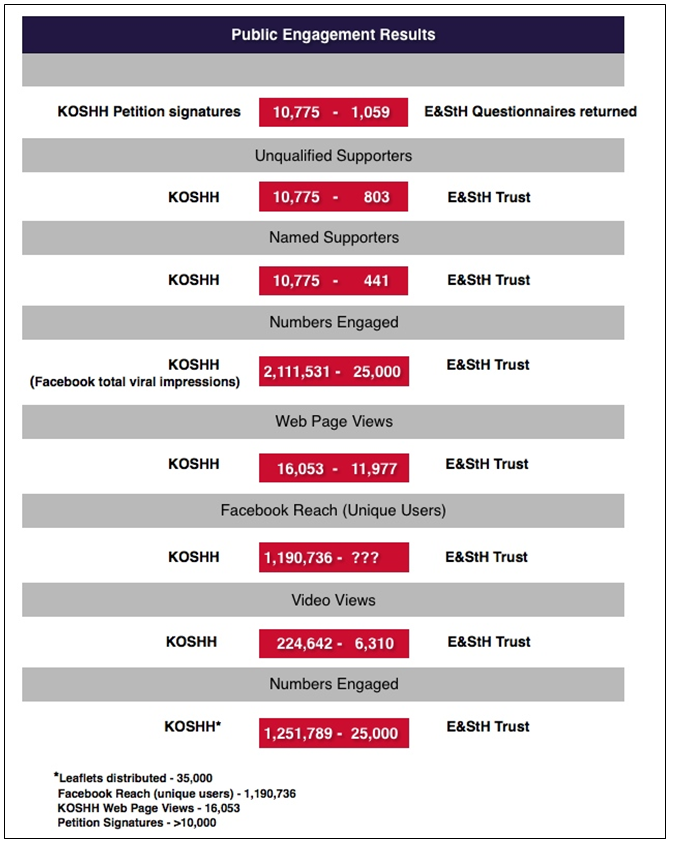 KOSHH has also obtained, alongside signatures on our on-line petition, a vast number of comments expressing strong opposition to the Trust’s plan and support for our plea to the Clinical Commissioners.  These will be published on our facebook and website platforms.