As discussed here, the Epsom & St Helier Trust have reported that they are due to end the financial year with a deficit of £28.4 million, and in order to address this, they say that the Trust Chief Finance Officer has said that they have taken out a “loan” from Public Health England to the tune of £25 million, apparently as part of a “long-term strategy to tackle the deficit”. 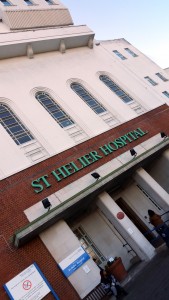 The Trust have apparently said that the “biggest reason for the deficit” is “pay increases” – which seems rather odd. We’re certainly not aware of any significant payrises given to staff, and as we reported recently, the trust announced on the 25th of January 2016 that they had recruited 303 nurses, (note: This doesn’t fill the 399 nursing vacancies that the Trust reported they had in July 2015 (see report here). The trust themselves trumpeted this news because it would mean that they would need to spend considerably less on the more expensive alternative, agency nurses. So we at KOSHH would be very pleased to hear how the Trust can explain away a deficit of nearly thirty million pounds on the back of “pay increases”.

We feel that the idea of a government-run hospital Trust taking out a “loan” with another government department, in order to offset not having been allocated sufficient funding to carry out the tasks they need to, sounds rather a lot like robbing Peter to pay Paul.

Fundamentally, we believe that this speaks volumes about both government policy, and the careful manipulation of the language used. When the Blair/Brown government split up hospitals into individual “Trusts”, which would operate as separate entities, like little businesses which could go bust, they set up the rules for exactly what is now happening all over the country.

All that was then needed was for the amount of money available to fund NHS trusts to be squeezed, as David Cameron and Jeremy Hunt have done (and this is set to continue, read here), and predictably trusts all over the country have been reporting “Deficits”. The reality of course is that none of this has happened by accident. If you provide a hospital with less funding than it needs to operate, it will inevitably spend more than it is getting.

The proper solution to this of course, is not to further reduce funding, and force hospital trusts to make cuts, or use this as an excuse to further invite the private sector in, but instead to properly fund them. We are also extremely concerned that this may all be a case of the Trust being “set up for failure”, especially as the timing of this announcement coincides neatly with the next stage of the Trust’s “Estates Review” process, which so far seems to amount to little more than telling us that our hospital buildings are not fit for purpose because some paint is peeling and the windows are old.